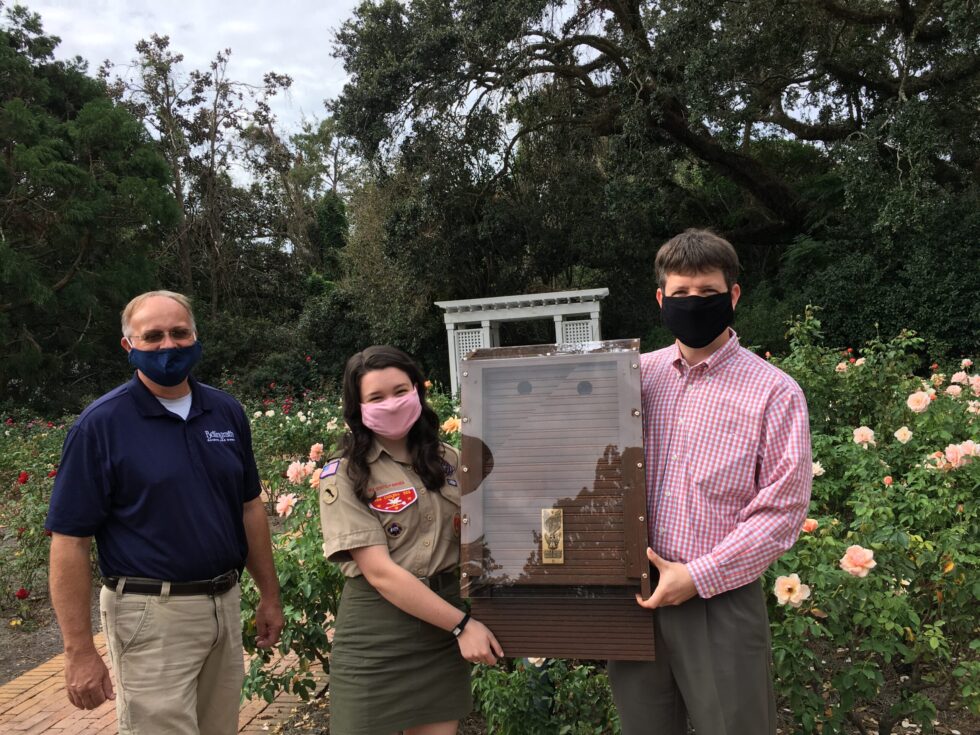 Catie and her dad, Charlie, present the educational bat box to Bellingrath Gardens and Home. They are shown with Chuck Owens, Director of Horticulture.
Print 🖨 PDF 📄 eBook 📱 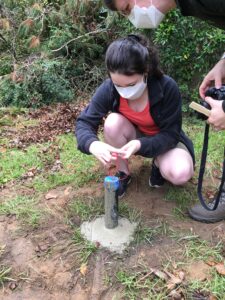 Catie Simpson, the first female to earn her Eagle Scout rank in the Mobile Area Council, built and installed eight bat boxes at Bellingrath Gardens for her Eagle Scout project. The boxes will serve as shelters and nurseries for the tiny flying mammals.

Catie’s project was the first effort to encourage bat habitation in the Gardens, and the Bellingrath staffers are so pleased that Catie selected the Gardens for this initiative. Bats are not only pollinators; they’re also prolific consumers of insects, including mosquitos! In addition, bat guano makes excellent fertilizer. We’re hopeful that the bat boxes will provide shelter for numerous species, including those that are currently endangered. 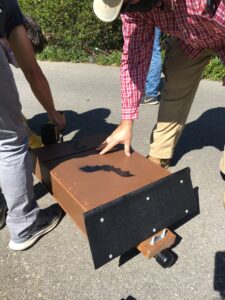 Catie designed and built the bat boxes with advice from Roger Clay of the Alabama Department of Natural Resources. Her team included 15 volunteers and resulted in 215 service hours.

Here are a few interesting facts about bats that Catie learned during her research: 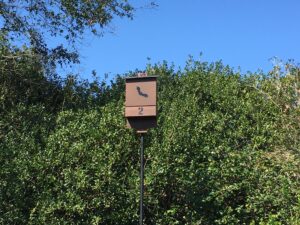 The boxes are 17.5 inches wide and 31 inches tall, with grooved wood at the back and base to make it easy for the bats to get a grip and climb in. The boxes have Ondura corrugated asphalt roofing to shed water, and are mounted at a height of 15 feet. The well-designed structures fit nicely into their surroundings in the Gardens. Catie and her team also built a clear-sided bat box that Bellingrath will use as an educational resource for guests to learn about bats and their habits. This bat box will be placed on display in the Entrance Building.

Catie, a senior and honor student at Compass Point Christian Academy, is the first female Eagle Scout in the Mobile Area Council of the Boy Scouts of America and the fifth female to achieve the rank in Alabama. Her father and brother are both Eagle Scouts, so she was already familiar with the program when females were allowed to join the Boy Scouts (now Scouts BSA) in February 2019. Catie received her Eagle Scout award in November and celebrated with family and friends at a Court of Honor on January 31, 2021. In a video presentation as part of the ceremony, Ellie Morrison, the first female National Commissioner of the Boy Scouts of America, called Catie “a real trailblazer.”

Catie has volunteered with numerous organizations in addition to Scouts BSA, including the Mobile Museum of Art, Woody’s Song, the Weeks Bay Foundation, the Alabama Animal Welfare Coalition, and AIDS Alabama South. She is an Azalea Trail Maid and a member of the Mobile City-County Youth Council.