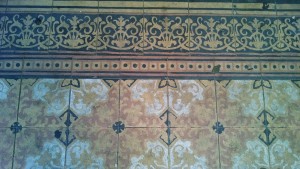 Although Coca-Cola is synonymous with Walter D. Bellingrath, many have forgotten that in 1917 he also became the owner of the National Mosaic Tile Company in Mobile.

The company produced Adamantile. The distinctive patterns were created when  colored concrete was poured into design moulds and then compressed into 7″ square tiles.

Visitors to the Bellingrath Home see examples of this product throughout the floors of the kitchen areas and porches on the first floor.

The new “Spanish mosaic works” was announced in an article appearing in the January 31, 1907 edition of the Mobile Register. A Cuban businessman “would locate a mosaic plant here with a capacity of 10,000 square yards a day,” it stated.

By that September, the newspaper further reported that the factory building had been built near Arlington, in the southern part of Mobile, and that the L & N Railroad was constructing a spur to transport the tile. The plant contained 55,000 square feet of floor space and represented a $100,000 investment.

By 1911, newspaper accounts state that the investment had doubled and the product was available in showrooms in Birmingham, Atlanta, New Orleans and New York City. An advertisement boasted that over 200,000 feet had been installed in Mobile, including the Court House, the Battle House Hotel, the Convent of Mercy, the Coca-Cola Factory and Spring Hill College. 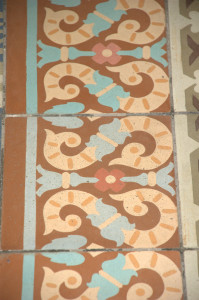 This tile was touted for its “hygienic advantages.” Advertisements read, “Adamantile is only made in the United States by the National Mosaic Tile Company of Mobile. This tile is made Havana sanitary. For the sake of cleanliness and freedom from disease — for beauty’s sake, you ought to buy it.”

A 1918 brochure on Mobile’s business climate stated that the firm had been reorganized by Walter D. Bellingrath. It described Adamantile as a “high grade cement flooring tile,” which was produced on “36 high-powered hydraulic presses. The tiles produced are of various sizes in both plain and mosaic patterns.”

The Bellingrath kitchen has a cream-colored tile bordered with a classic black Greek key pattern, while the Riverside Porch tile is a solid medium shade of red. The Dining Porch draws the most attention, with its bold mosaic pattern in shades of gold and brown. 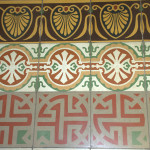 As housing starts continued to slump during the 1930s, so did the demand for Adamantile. The firm was shut down by the end of the decade, and its factory site absorbed into what is now known as the Brookley Industrial Complex, a former World War II airfield. 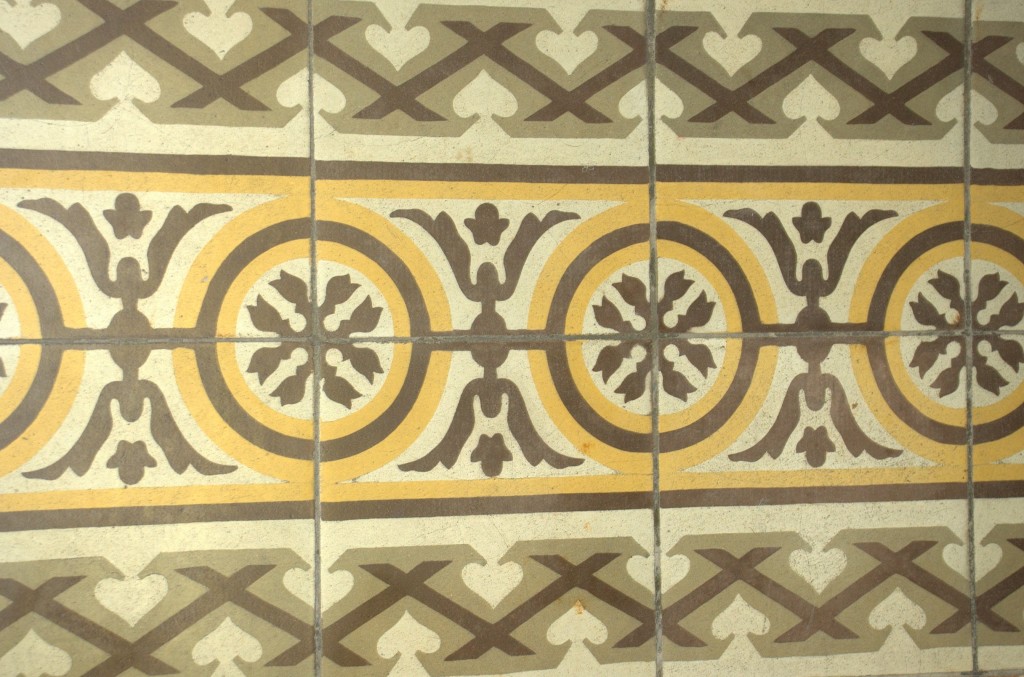