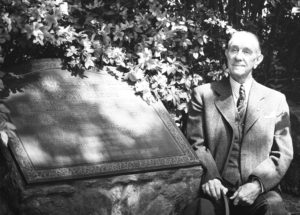 Walter Bellingrath at his 80th birthday party in 1949.

This is the first of a series of profiles of the original members of the Bellingrath-Morse Foundation.

Walter Bellingrath set up the Bellingrath-Morse Foundation as he approached his 80th year.  He had reached an age where he had to face the future of the gardens and home he and his wife had created.  He was quoted as saying, “These gardens were my wife’s dream and I want to live to see that dream come true.”

The foundation was set to maintain his garden estate “as a fitting and permanent memorial to my wife.”  There were five trustees whose terms began on February 1, 1950.  The first of those trustees, besides Walter Bellingrath, was Walter K. Smith, who at the time was Vice President and General Manager of the Mobile Coca-Cola Bottling Company.  A native of Indiana, Smith had first been listed in the 1914 city directory with his occupation given as “Cashier, Arthur Davis Wholesale Meats” which at the time was located in the city market – now the History Museum of Mobile.

A year later, he was working as an accounting clerk for the Mobile and Ohio Railroad before starting an accounting practice with George T. Rosson. When Alabama passed its first statewide Certified Public Accounting Law in 1919, new CPAs received an official number as they entered the field. Mr. Rosson proudly held number 1, while Smith got number 3.

In 1933, Walter K. Smith joined with another Smith, Fred, and Gilbert F. Dukes and Vardaman M. Buckalew to create Smith, Dukes, and Buckalew, a CPA firm still in existence and the one which is still handling the affairs of the Bellingrath-Morse Foundation.

Walter Bellingrath lured him away by 1936 to act as the General Manager of the Mobile Coca-Cola Bottling Company.  City directories indicate that Mr. Smith’s expertise made him a popular choice for other area businesses.  In addition to his position with the bottling company, he is listed as a Vice President of Gayfer’s Department Store in 1944 and in 1949 as a Vice President of the Lerio Corporation, in which Mr. Bellingrath had an ownership.

Mr. Smith left the Bellingrath-Morse Foundation Board in September 1951, and died at the age of 74 in 1965. He is buried in Mobile’s Pine Crest Cemetery beside his wife, Ruth.  The couple had no children. 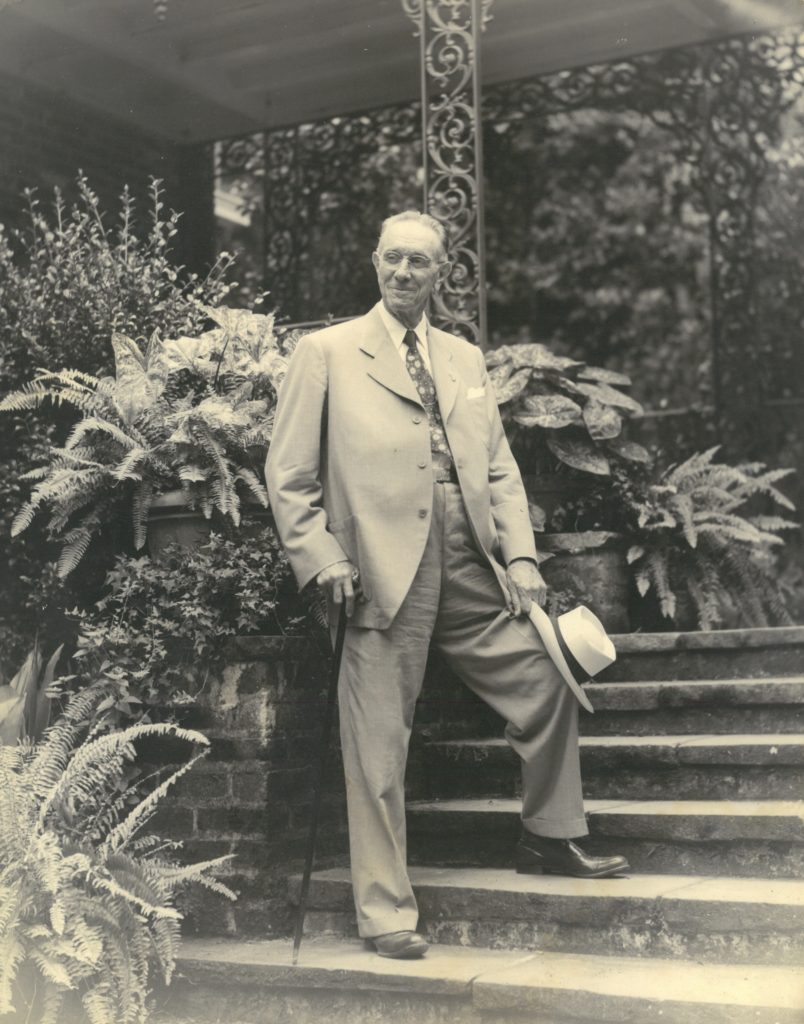 Walter Bellingrath, photographed at the Home in the 1950s.

A hurricane to remember: The tragic 1906 storm that struck Mobile

By Tom McGehee, Museum Director of the Bellingrath Home On September 27, 1906, a hurricane…

The birds and the bees: Protecting pollinators in the garden

Exuberant colors: The bathrooms of the Bellingrath Home

By Tom McGehee, Museum Director of the Bellingrath Home One of the more popular rooms…