We welcomed Steve Bender, aka “The Grumpy Gardener” at Southern Living magazine, on June 24, 2015, as a guest speaker. Steve gave us ideas on plants that tend to be overlooked in Southern gardens. “We’ve lost a lot of diversity in the garden,” he said.

Here is Steve’s “Disturbingly Dissed Dozen: Great Plants that Nobody’s Growing,” plus a few of his comments — and an impassioned outburst on his least-favorite plant, the Bradford Pear. 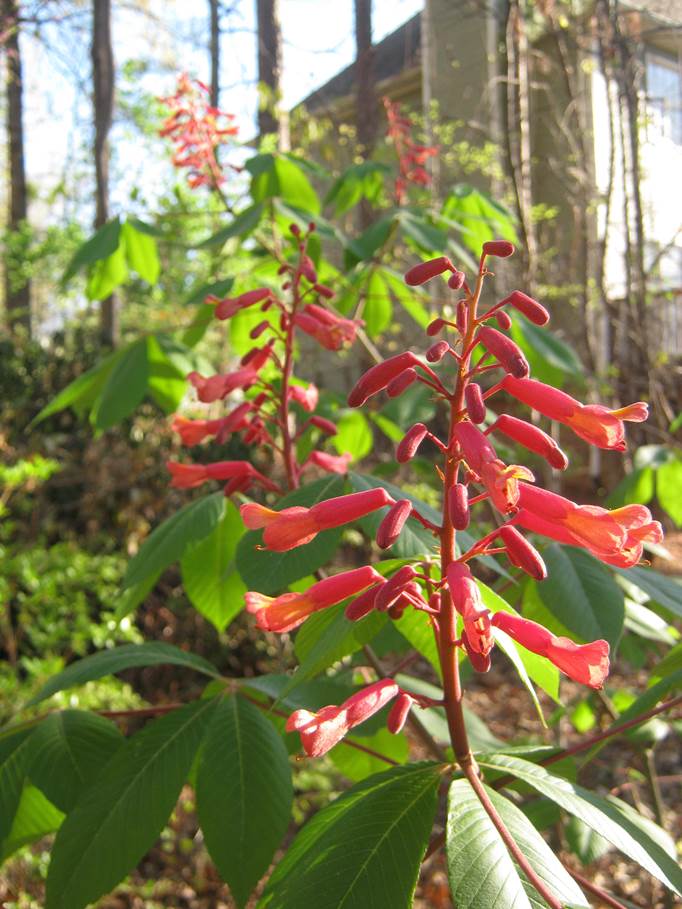 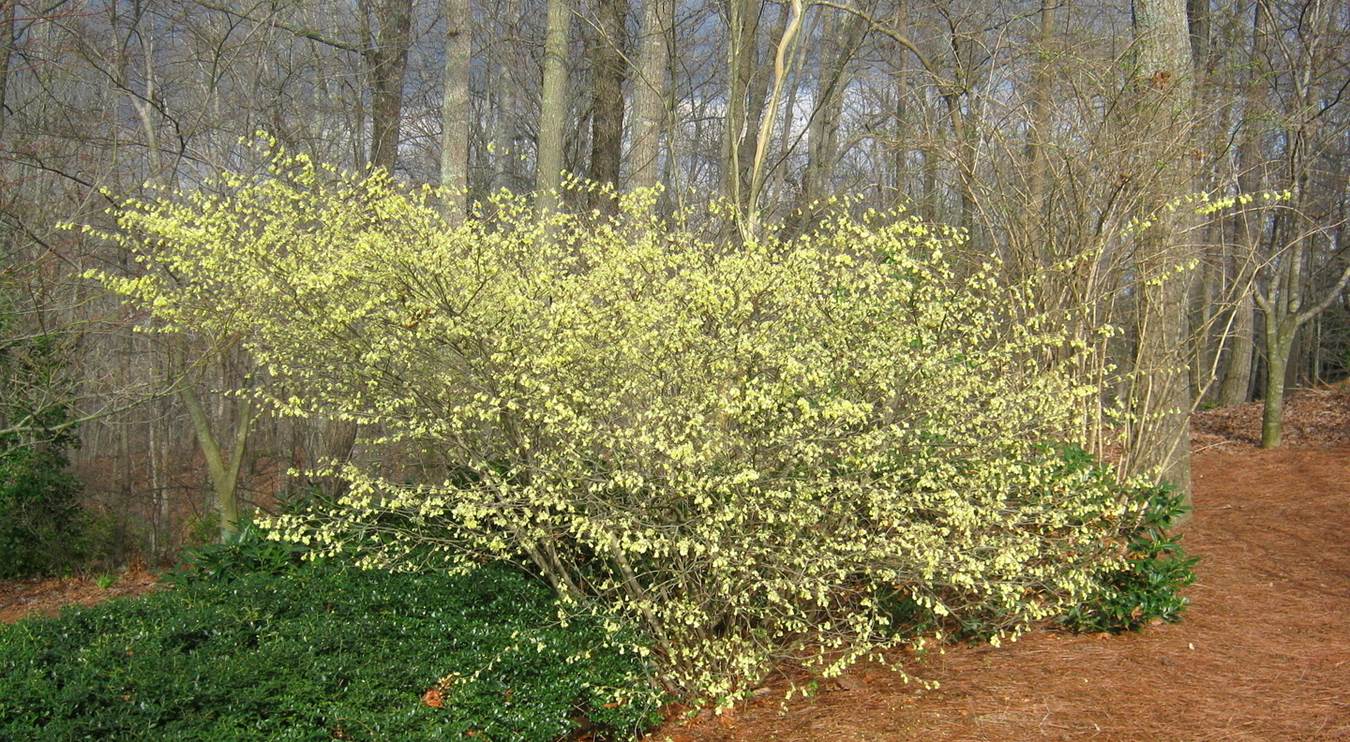 2: Winter Hazel. There are several different species, he said. It produces chains of soft, yellow flowers, grows fast and blooms early. “It’s one of first to bloom in spring, about the same time as Forsythia,” he said. ” … A lot of people should give this one a shot.” 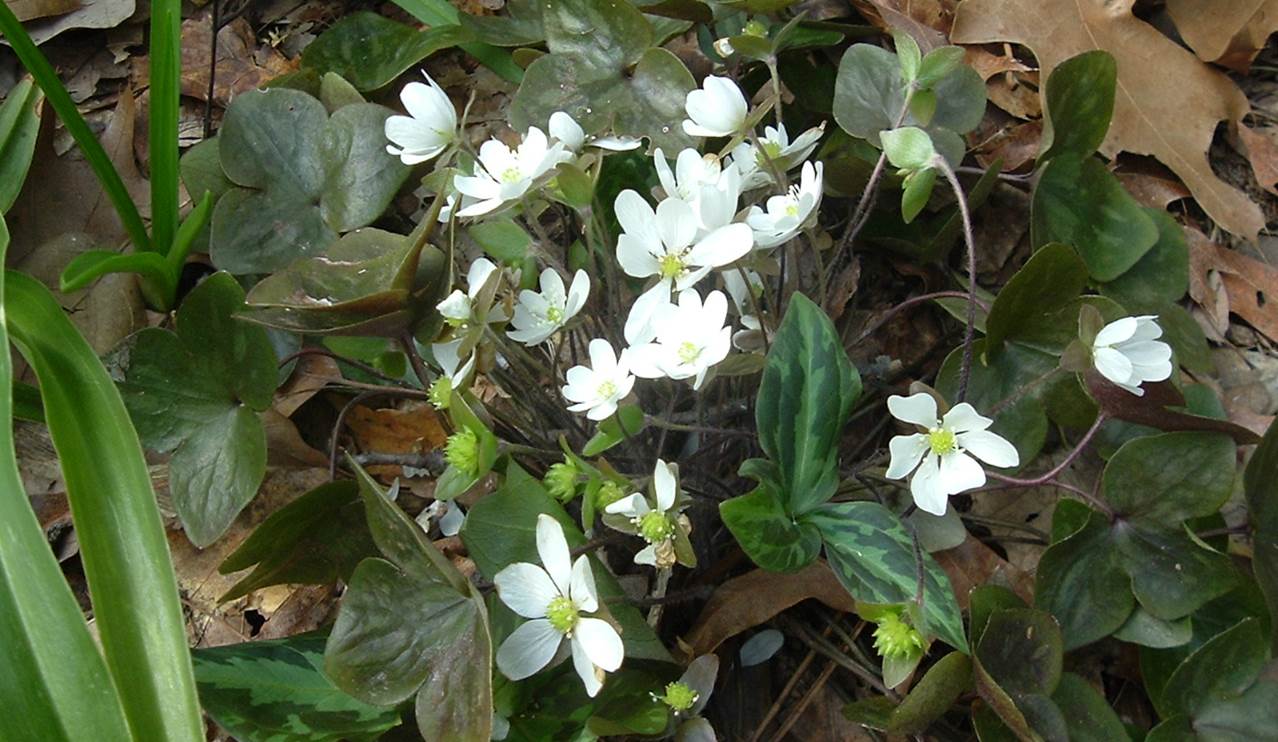 3. Liverwort, a native plant that grows in the woods. He praised its pretty foliage. Liverwort grows to be 3 to 4 inches tall, with beautiful white flowers in early spring. It seeds itself, is easy to transplant and prefers light shade. Liverwort has no insect or disease problems, he added. “You don’t really have to worry about this one at all.” 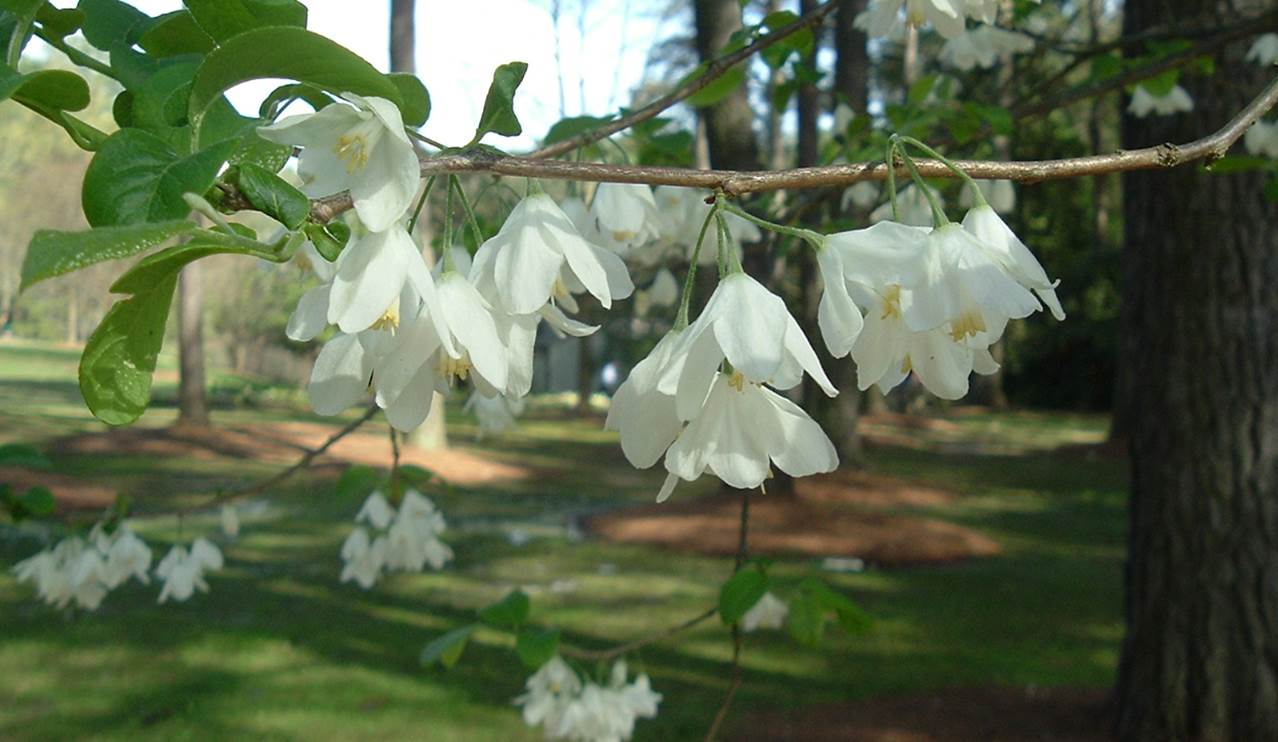 4. Carolina Silverbell. This native plant is a wonderful substitute for a dogwood, Steve said. It gets to be 30 to 35 feet tall and grows white, bell-like flowers in the spring. “It’s a really pretty tree.” The leaves turn yellow in the fall. 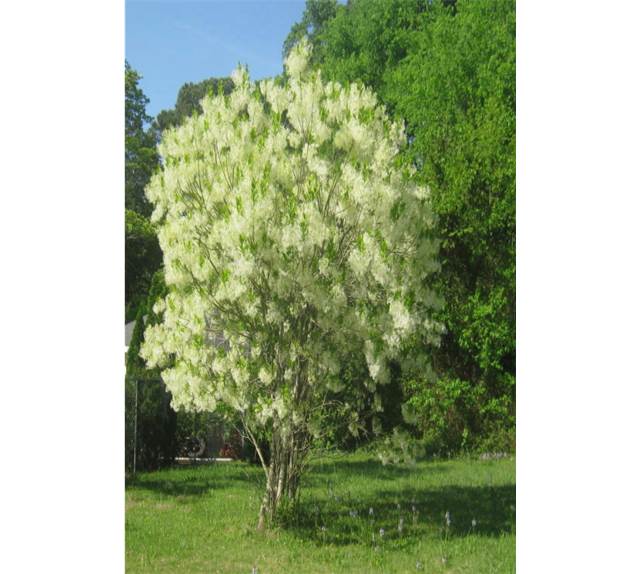 5.Fringe Tree. Steve has written about this one on his blog, calling it “the best tree that nobody  grows.” It has white flowers in the spring and yellow leaves in the fall. “I just never see this sold in garden centers any more,” Steve said. The Fringe Tree attracts butterflies and is a much better choice as an ornamental tree than a Bradford Pear, he noted. “Please don’t plant any of those ever again –when it blooms, it smells like fish. I call it ‘tuna on a trunk.’ It falls apart in a storm. It’s just awful. Plant this one instead.” 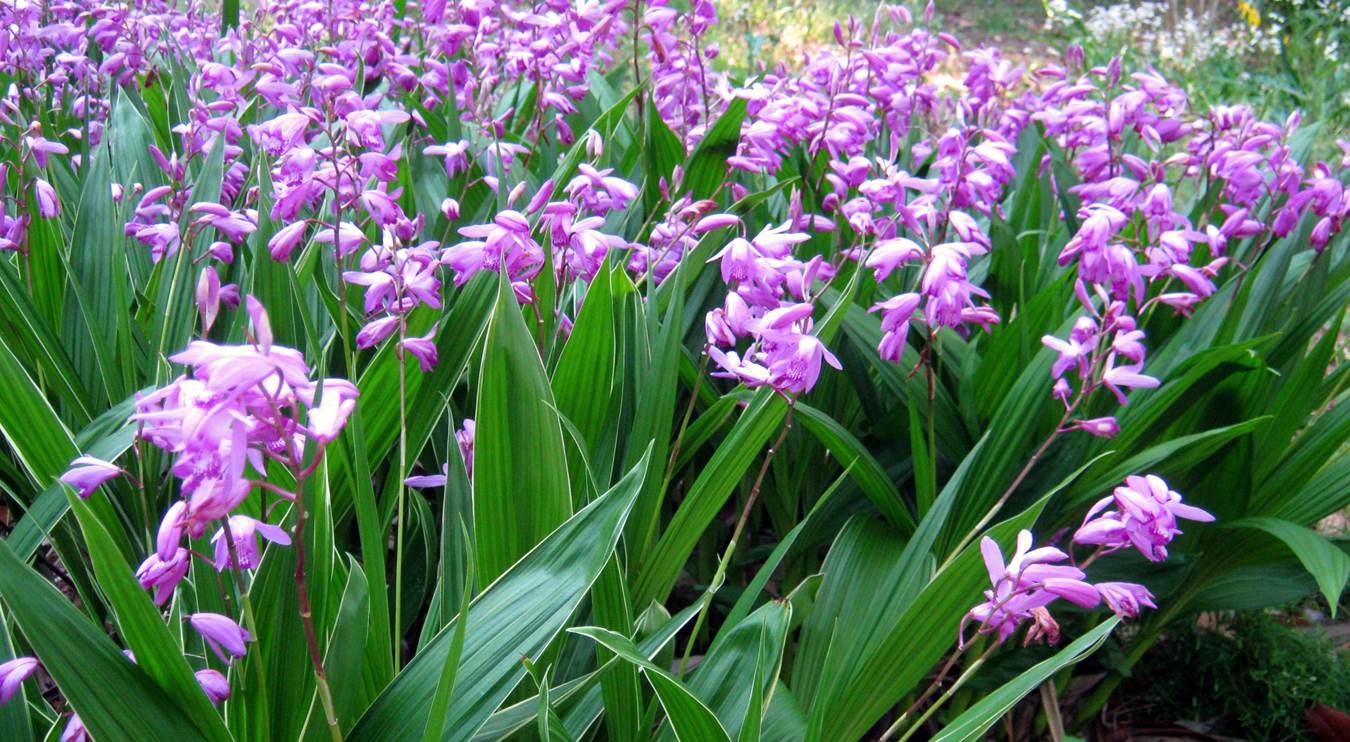 6. Hardy Orchid. It comes back year after year, doesn’t require fertilizers or sprays, and produces beautiful purple flowers in spring. “I don’t think too many people know how easy this is to grow,” Steve said. Hardy Orchid prefers light shade and is a good choice to pair with Hostas. 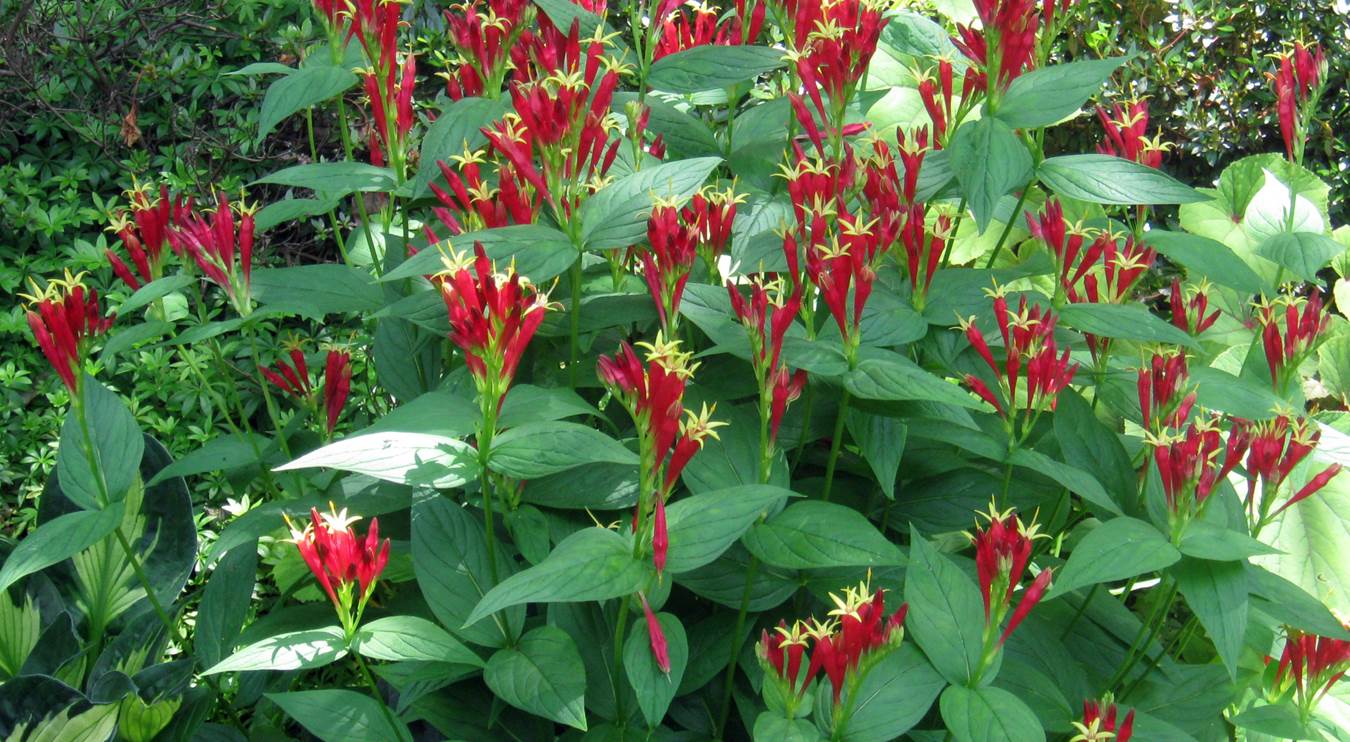 7. Indian Pink, one of Steve’s favorites. “It’s spectacular,” he said. Indian Pink grows throughout the Southeast and produces beautiful foliage with glossy, green leaves, and red, tubular flowers, with golden star-shaped petals on top. It prefers light shade and blooms in late spring, usually in May. 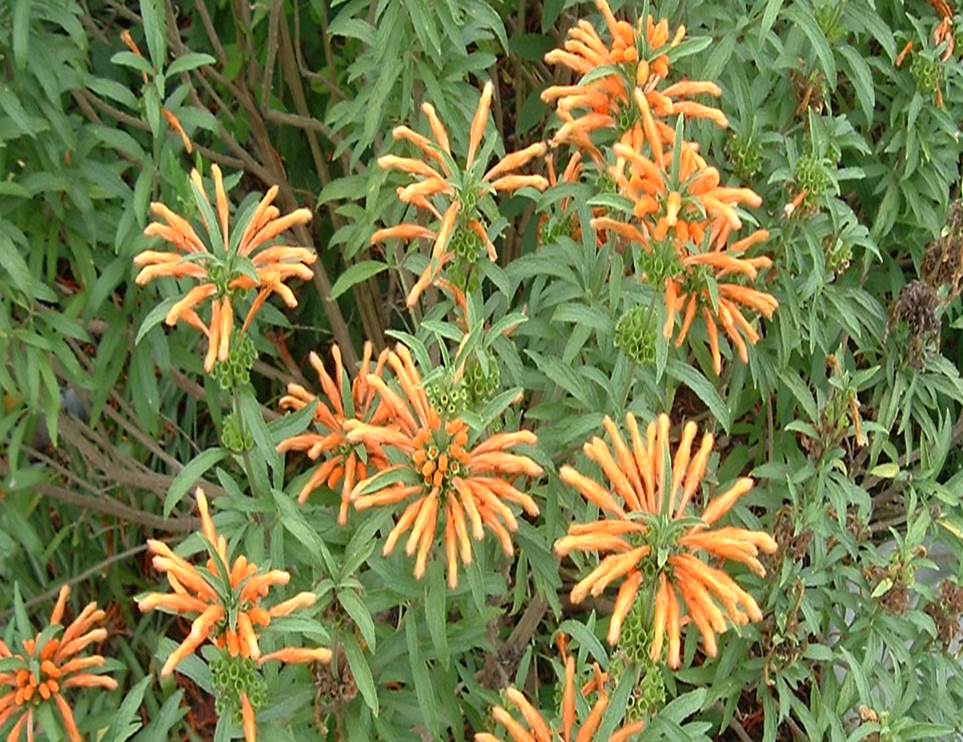 8. Lion’s Tail. This one may be ordered from Petals From The Past in Jemison, Al., Steve said. It comes from the Mediterranean region and prefers full sun and well-drained soil. “It’s great for hummingbirds and butterflies. … I kinda wonder why people just stopped planting it,” he said. “I guess they got too excited about Hostas.” Lion’s Tail blooms in late summer and fall, and is especially “a showcase plant” in September. 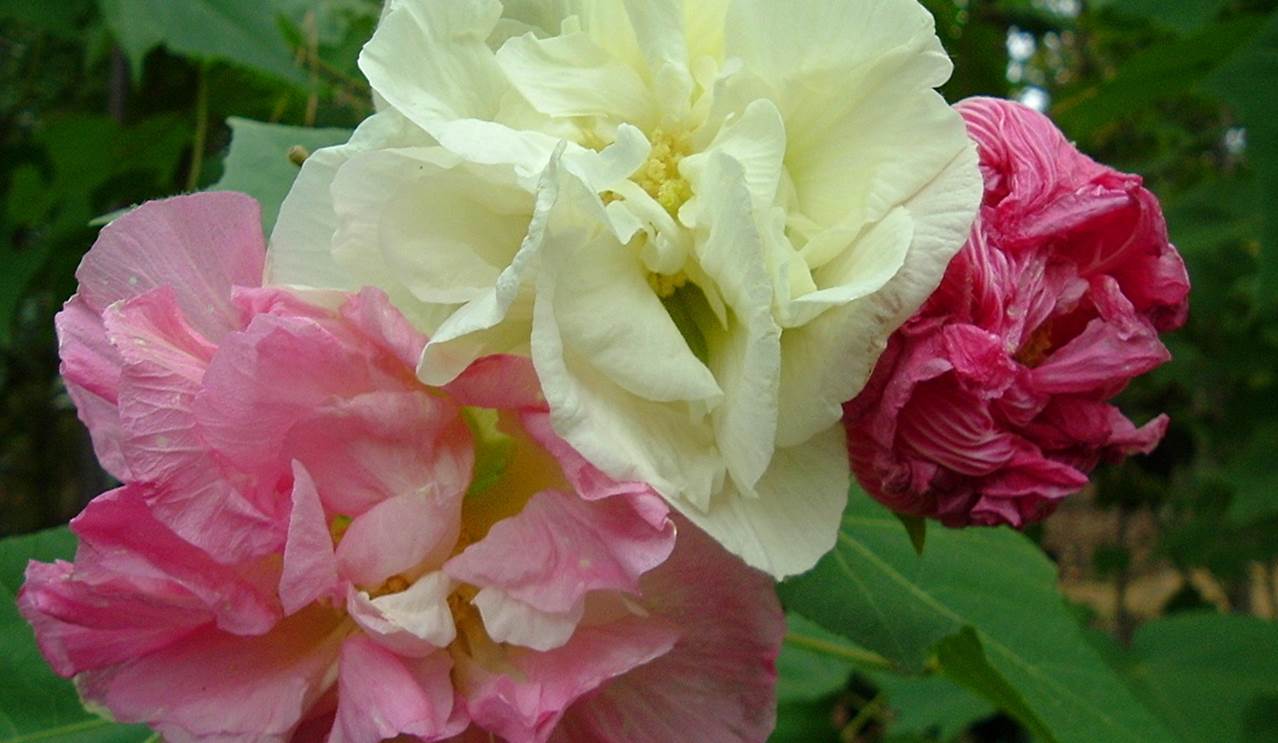 9. Confederate Rose. It’s actually a Hibiscus, Steve said, and comes from China. “Down here, it can get really big,” he said. Confederate Rose is very easy to grow in light shade or sun. It prefers well-drained soil but can tolerate wet soil. “This is a real passalong plant,” he said, adding that growers may easily root cuttings in water. The blooms change colors; it’s actually possilble to have three different on one plant at the same time. “It probably wouldn’t bloom up North, but it’s perfect for here,” he said. One traditional story about the plan says it grew after a Confederate soldier came home wounded and the roots absorbed his blood. 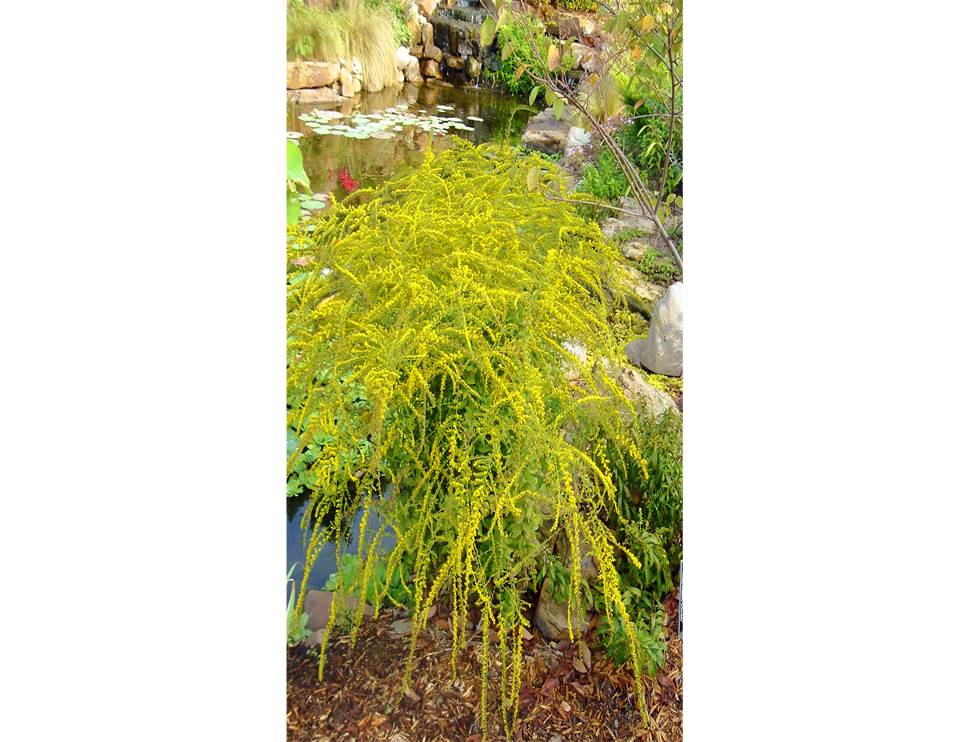 10. ‘Fireworks’ Goldenrod. “It doesn’t make you sneeze, because the pollen is too heavy to float through the air,” Steve said. Gardeners may find it in garden centers. It won’t become invasive, he said, and needs very little care. It blooms in the fall. “Pair it with something purple,” he suggested. Goldenrod is often planted in gardens in England and France. 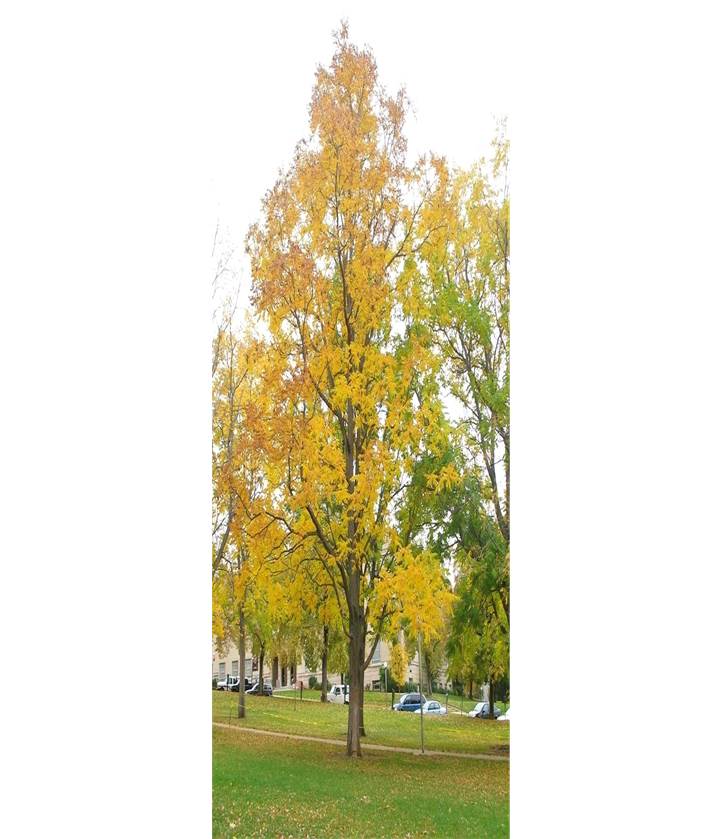 11. Kentucky Coffee Tree. “This is a great shade tree,” Steve said, but “no one grows this.” The Coffee Tree has a nice, orange-gold color in the fall; during the Civil War, Southerners started grinding beans from this tree as a coffee substitute. Steve has started several trees from seeds that have grown to about 15 feet. They are available at Milliken Arboretum in Spartanburg, S.C., as a special order item. “You can find Ginkoes anywhere, but I think this is better,” he said. 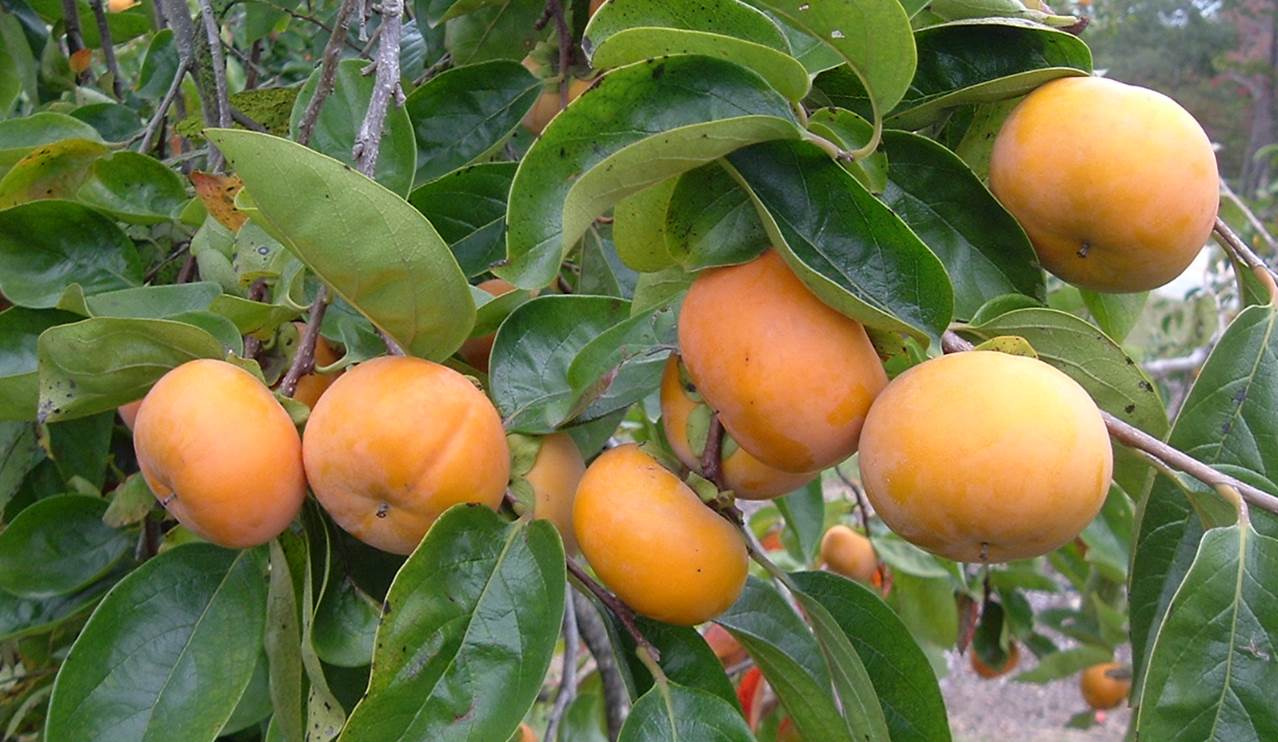 12. Japanese Persimmon. This one isn’t a lot of trouble to grow, requires no spraying and has no real pest problems, Steve said. It is self-pollinating and produces a fruit about 5 inches wide. The leaves turn scarlet and orange in the fall. “Persimmon are delicious.,” he said, adding that the plant is available at some garden centers “if you know to ask.” It will give you more pounds of fruit per square inch than any other plant, he said.

You can read more of Steve’s work at his blog, “The Grumpy Gardener,” here. Follow him on Facebook at Grumpy Gardener (aka Steve Bender) and on Twitter: @grumpy_gardener.