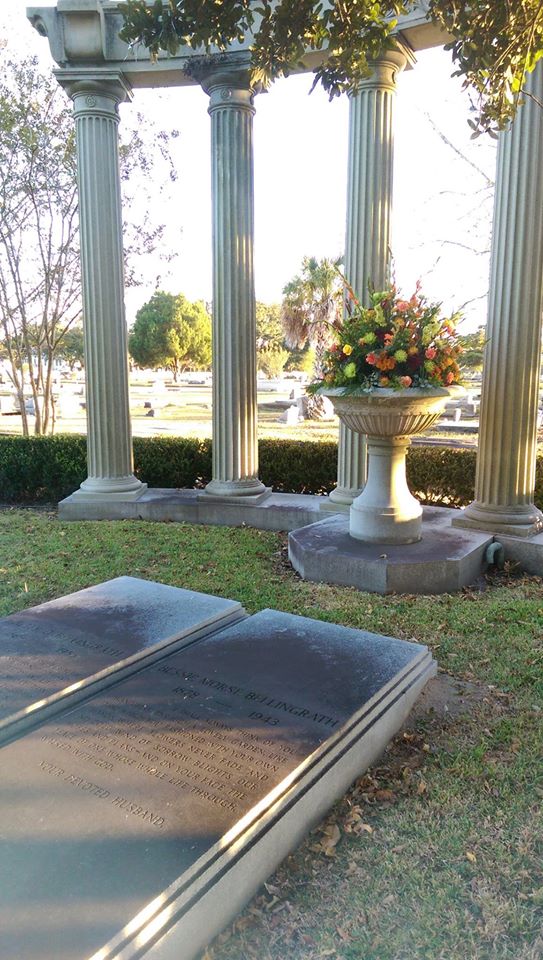 Among the permanent residents of Magnolia Cemetery are governors, congressmen, numerous Civil War generals  and fallen soldiers,  and a veritable who’s who of Mobile’s business and social elite.  There are also ordinary folks from all walks of life and a number of fraternal plots filled with everyone from firemen to members of social organizations.

When the cemetery was established, families were expected to maintain their lots.  As those families died off, many of the lots went untended and began to deteriorate.  By the 1960s, as new cemeteries with perpetual care agreements were established, the grounds of Magnolia Cemetery deteriorated even further.  A number of wealthy families actually had their ancestors moved to other cemeteries during this time.

And likewise, it originally fell to the lot owners to keep up with who was buried in their lots as well as where they were buried. In 1912, the city legislated that the cemetery would keep records of all future burials to help end a mounting amount of confusion, especially given the numbers of unmarked graves.

The Friends of Magnolia Cemetery

In 1981, the Historic Mobile Preservation Society formed the Friends of Magnolia Cemetery. Although the city was responsible for the care of the property, only the main roadways were being maintained.  Many of the lots were completely obscured by tall grass and vines, and the property was surrounded by a damaged, rusty, chain-link fence.

The Friends contracted with the city to look after the cemetery and oversee much needed restoration.  They established a perpetual care trust and sought contributions with income given to restoration and maintenance of this historic site.

Taking the city’s budgeted amount formerly allotted for maintaining the roads, the Friends hired a full time superintendent and staff to keep the grass cut, plant seasonal flowers at major intersections, and handle burials. Over the years, the Friends have facilitated many improvements, including new fencing. Today, that organization continues to keep the cemetery in a pristine manner as a fitting resting place for thousands of Mobilians. 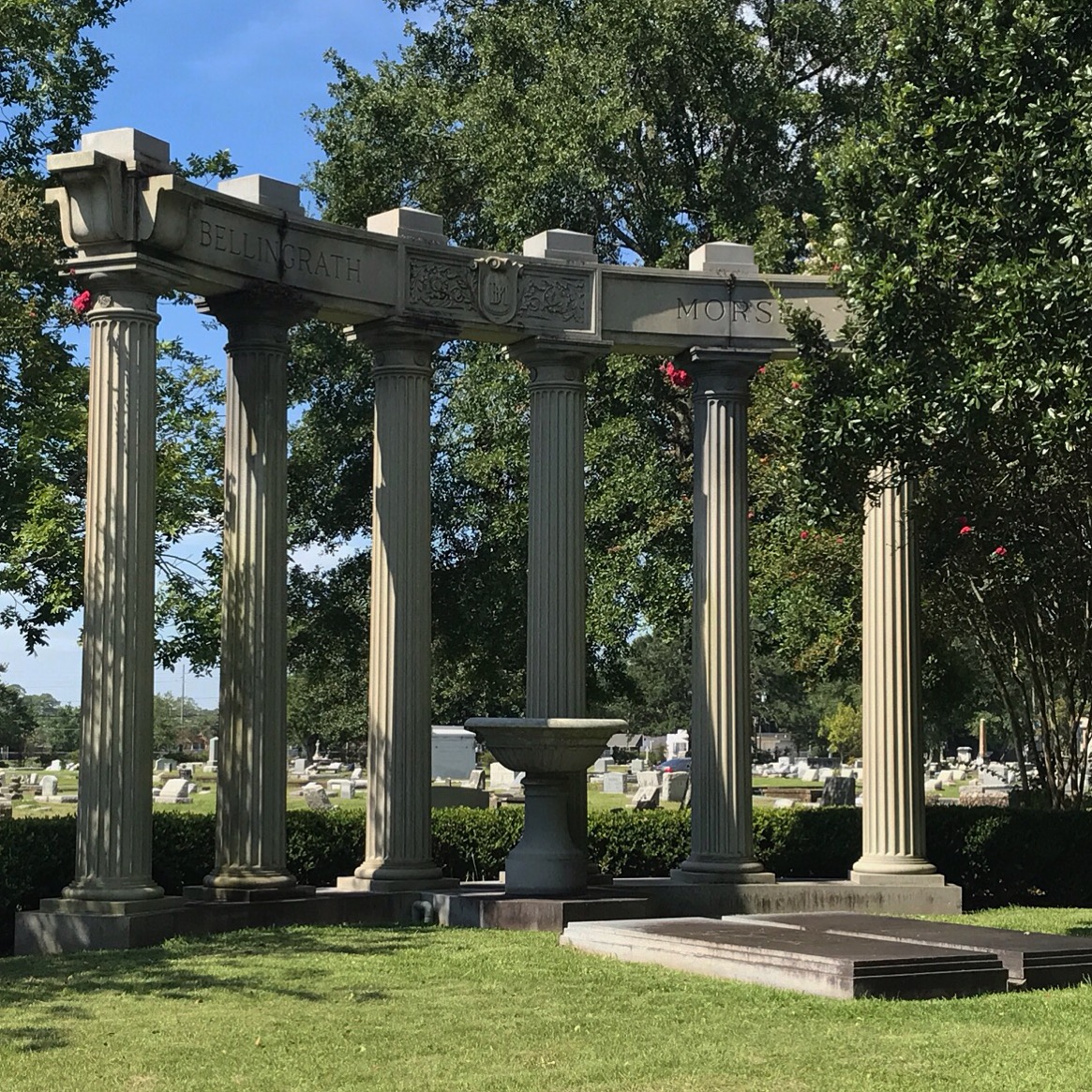 While there are many notable examples of funerary art within Magnolia Cemetery, the largest monument marks the Bellingrath-Morse lot. A curving colonnade of six fluted granite columns supports an entablature, which bears the inscription “Bellingrath-Morse.”

Correspondence between Mrs. Bellingrath and Atlanta’s McNeil Marble Company dates to 1939 and discloses that the firm was working on the monument at a cost of $4,475.00. That firm was one of the largest in the South at the time and is credited with some of the most impressive civic and cemetery monuments until their closure in 1960.

It is evident from correspondence in file that architect George B. Rogers had a hand in designing the monument. With Mrs. Bellingrath’s sudden death in 1943, it fell upon Walter Bellingrath to order a suitable grave marker. Nearly a year later a representative from McNeil was apologizing for the delay, noting that due to the war their staff was cut to a minimum.