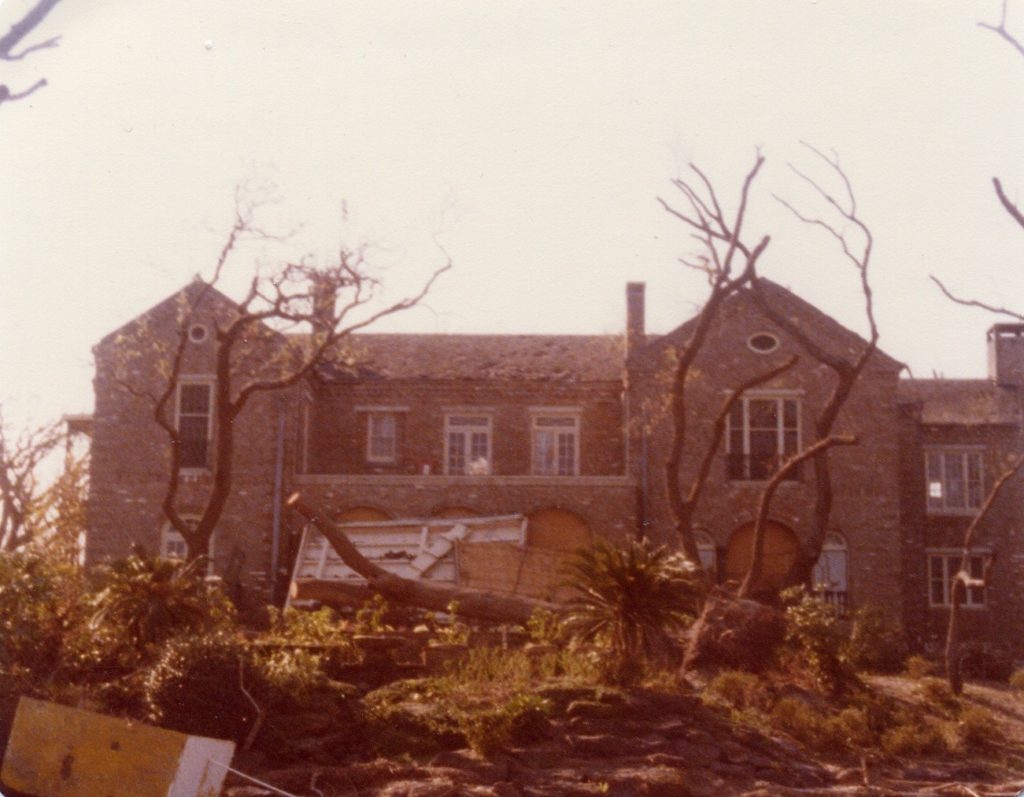 George B. Rogers, the architect of the Bellingrath Home, arrived in Mobile in 1902. By the time he was hired by Walter Bellingrath to design the Home in 1935, he had witnessed the devastating (and then un-named) hurricanes of 1906, 1916 and 1926.  He no doubt made notes as to which buildings made it and which did not.

There are key design elements to the original structure of the Bellingrath Home. The windows are multi-pane, avoiding large panes of glass. This makes them stronger and better able to withstand high winds. French doors open out from the rooms. When they are shut, the frames offer further stability than if they opened into the rooms.

In addition, Rogers designed the Home with thick interior and exterior walls. This house was built to stand up to a storm.

The damage caused by Hurricane Frederic on September 12, 1979, can be directly linked to changes that occurred decades after the completion of the Home. Former screened porches upstairs and down had been in filled with glass jalousie windows – with horrific results.

The upstairs sleeping porch apparently imploded, shattering the glass and sending the flat roof down onto the East Terrace. As it leaned against the front of the house, it actually protected the Living Porch below. None of the furniture and porcelain had been removed from this highly vulnerable room, and few items survived.

A wooden storm panel on the east side of the Dining Porch fell during the night and the jalousie windows came crashing into the room, damaging one of the chairs. In retrospect, it could have been far worse.

Following the devastation of Frederic, the Bellingrath Home was fitted with better wooden storm panels. Most recently, the upper windows have been covered with clear thermoplastic sheets of lexan. Whenever a storm threatens, the porches are largely cleared of their most vulnerable contents, and rugs are rolled away from windows in the event of rain seepage.

Overall, however, we are fortunate that architect George B. Rogers did his best to construct a hurricane-resistant structure. 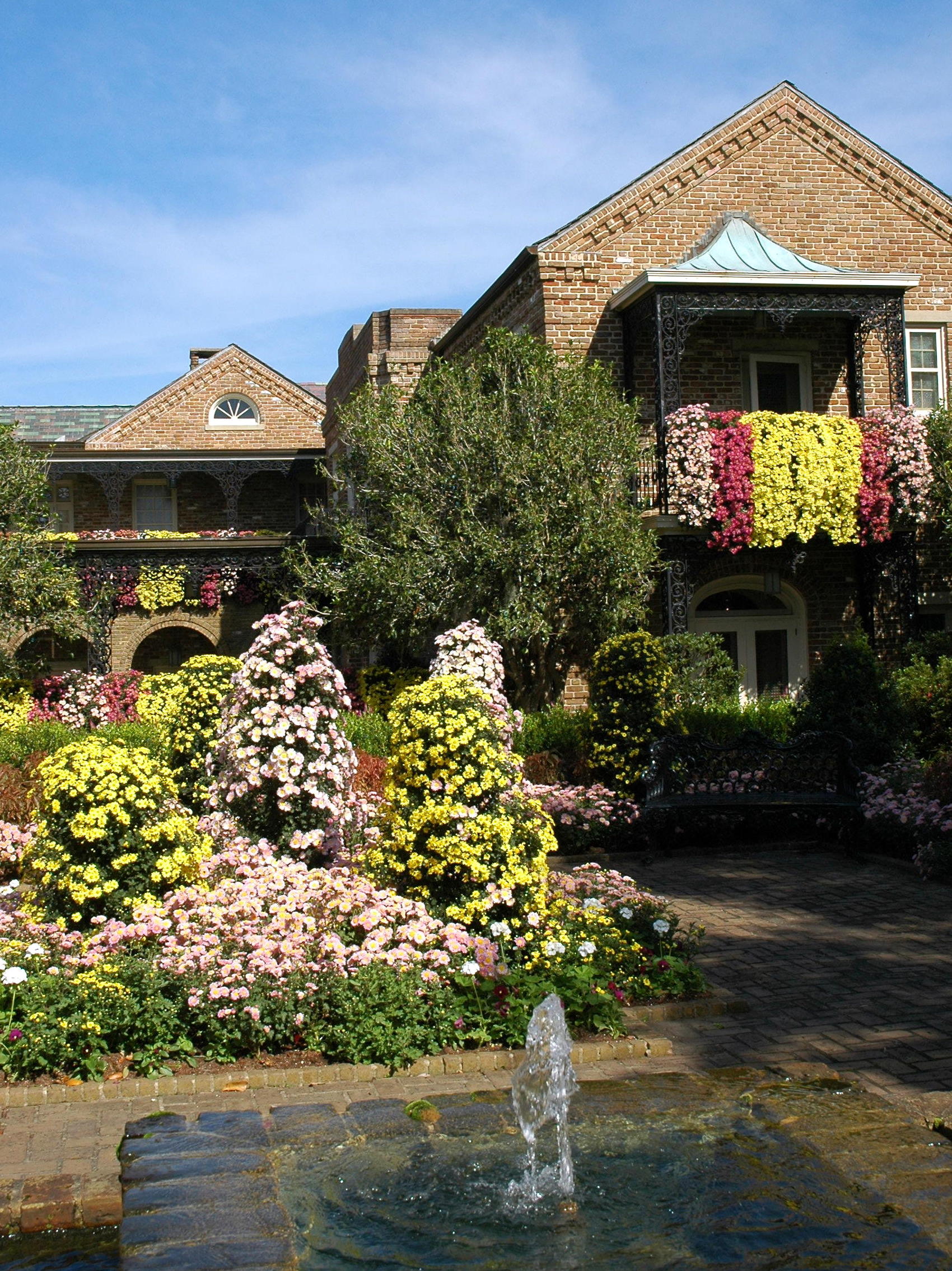