Each summer, millions of Americans take to the roads to see natural and historic landmarks across the nation. Most of these vacations last a few days or a couple of weeks. In June of 1934, Walter and Bessie Bellingrath embarked on a cross-country trek that would last more than three months.

Joining the couple were Mr. Bellingrath’s sister, Mamie Burnett of Andalusia, and Mrs. Bellingrath’s teenage niece, Mildred Dorgan, as well as her nephew, Ernest Edgar Jr., and his wife, Amelia. Ernest at 27 served as driver and navigator of the Bellingraths’ new Cadillac sedan with its twelve-cylinder engine.

While her husband drove and dealt with a car that got just 9 miles to the gallon, required numerous car repairs and had 16 blowouts, Amelia penned a detailed diary. In it, she chronicled the sights, the meals, the shopping and even what movies they saw as they traveled. She described the rutted trails serving as highways and dusty heat in a pre-air-conditioned America, making us all remember how spoiled travelers are in the 21st century.

The trip took them to Arkansas, Colorado, Utah and Montana. They visited Pike’s Peak, the Mormon Tabernacle and Yellowstone National Park. They traveled up to Canada’s Lake Louise and in August had tea with the owners of Butchart Gardens in Victoria. They toured the Alaskan coast by steamboat, which was making frequent stops at canneries to pick up shipments. It was a far cry from today’s luxurious cruise ships that sail that same coastline.

Seattle’s famed rose gardens and California’s redwood forests caught the young writer’s particular attention. On August 28, 1934, they toured Yosemite, where she wrote, “We made it through the tree although it was a close call. A man took our picture, and I hope it comes out alright.” As you can see by the photo, it did. 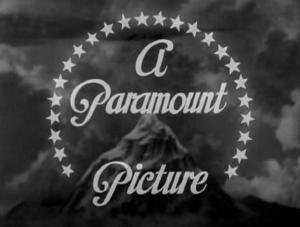 In Los Angeles, they toured the Coca-Cola bottling plant and visited Paramount Studios, where they waved to Bing Crosby. In mid-September, the car turned east from San Diego and started across the southwest. A stop in pre-gambling Las Vegas allowed them to see the Boulder Dam under construction, well before it was named to honor Herbert Hoover.

Next came the Grand Canyon, followed by Winslow, Arizona, and its petrified forest. With Gallup next, it’s clear now that the road they traveled was the recently dedicated Route 66 made famous years later by a song. They made it to San Antonio and toured the Alamo and it was here the diary ended. 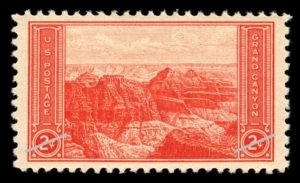 It was September 21 and Mildred had to get back to Mobile for school. She and Amelia boarded a train for home and left the rest of the group with Ernest for the final drive back to Mobile. They had seen mountains, glaciers and the Pacific Ocean. They had met cowboys, Indians, Canadian Mounted Police and Eskimos. None would ever forget the experience of that summer vacation.

At Christmas the following year, Amelia Edgar presented Mrs. Bellingrath with a bound, type-written copy of her diary of their trip together. The book stayed in Mrs. Bellingrath’s bedroom until Mr. Bell’s death in 1955. At that time it was given to Ernest Edgar Jr., whose son, Walter, presented the Gardens with a copy.