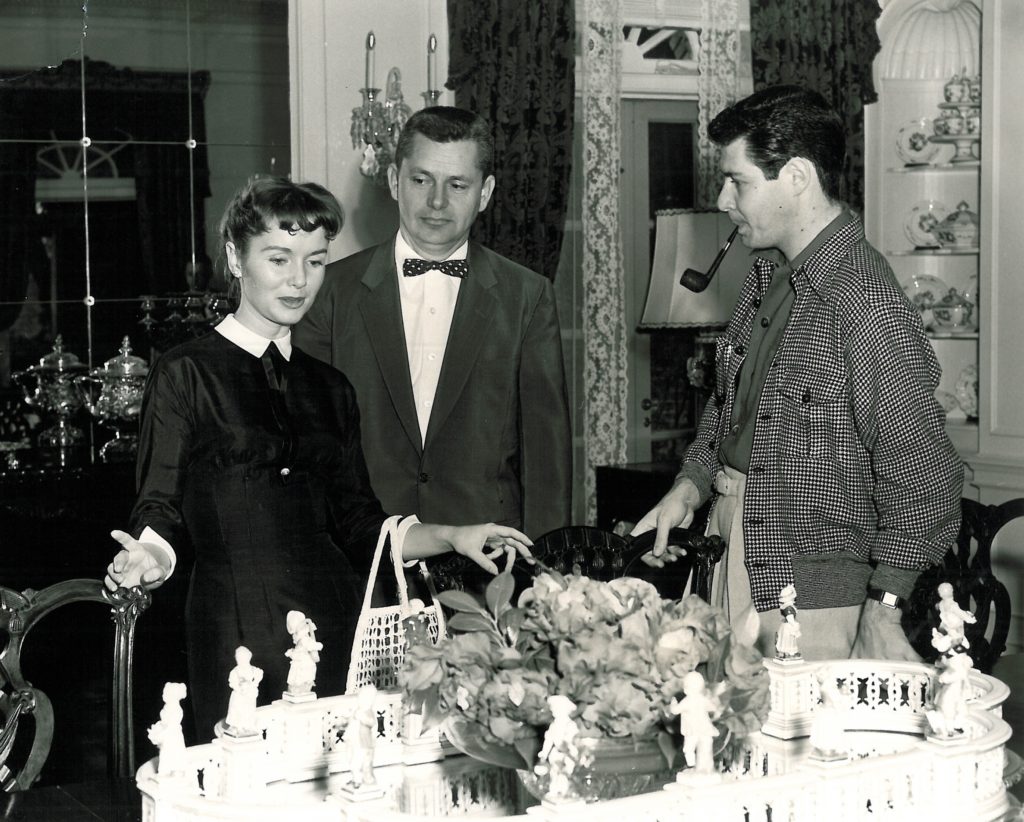 George Downing accompanies Debbie Reynolds and Eddie Fisher during their tour of the Bellingrath Home in 1956. 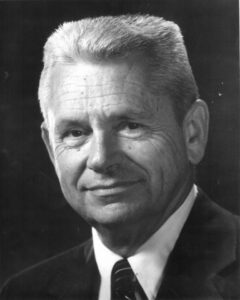 (This is the second of a series of profiles about people who managed the Gardens and Home after Walter Bellingrath’s death in 1955.)

In 1955, George Downing became president of Mobile’s Coca-Cola bottling operations as well as chairman of the board of the Bellingrath-Morse Foundation. A widowed Downing had arrived in Mobile just eight years earlier and married Jean Hardy Smith less than a year later. The couple would have four children.

A native of Georgia, Downing had graduated from Emory University before starting his career with Coca-Cola in 1938 in Roanoke, Ala. In 1945, after having managed the Tuscaloosa bottling plant, he worked with the Coca-Cola Export Corporation attached to European armed forces. 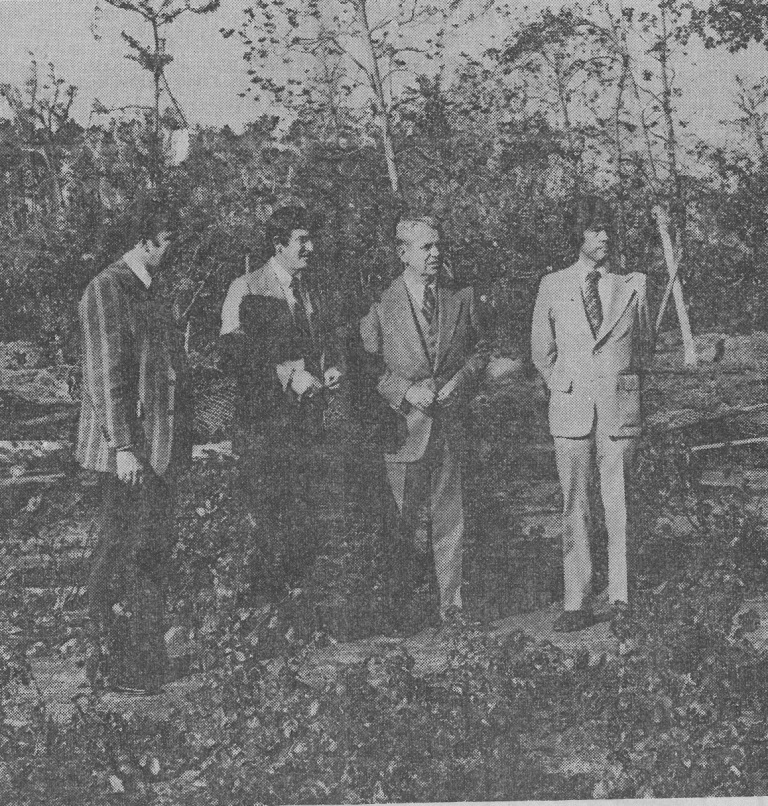 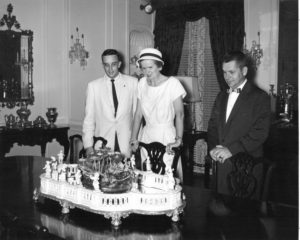 Downing, right, hosts Earl P. Anderson Jr., President of the America’s Junior Miss Pageant, and Lenore Slaughter, Director of the Miss America Pageant, during their visit to the Bellingrath Home in 1957.

In a 1967 interview, George Downing said, “It has been my pleasure to try and work for the betterment of this great and wonderful city of ours.” This may have been an understatement. Downing served as president of the Azalea Trail, the America’s Junior Miss Pageant (now Distinguished Young Women) and the Mobile Library Board. He also served on the boards of the Mobile Area Chamber of Commerce and the Senior Bowl, as well as acting as Senior Warden at Trinity Episcopal Church. 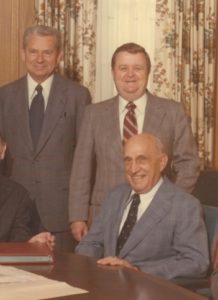 A co-worker at the Mobile Coca-Cola Bottling Company later reminisced that Downing “treated every employee with the utmost respect. He was a Coke person. He drank Coke in the morning and never drank coffee or tea.” Professionally, he was named Beverage Industry Man of the Year in 1979 by the National Soft Drink Association.

After he suffered a devastating stroke in 1992, George Downing’s corporate and charitable activities came to an end. He was unable to continue his work with the Coca-Cola Bottling Company and with the Bellingrath-Morse Foundation.

He was able to occasionally visit the Gardens, which he had overseen for 37 years.  During the first Magic Christmas in Lights in 1995, he made a special trip to see the Bellingrath Home.  As he surveyed the beautifully decorated living room, he smiled and said, “Mr. Bell would be pleased.”

By Tom McGehee, Museum Director of the Bellingrath Home Mobilians on Saturday, August 16, 1969,…

Everything old is new again: Recycling to build the Bellingrath Home

By Tom McGehee, Museum Director of the Bellingrath Home  George B. Rogers was already an acclaimed architect in…

In 1935, a very modern electrical system came to Bellingrath

By Tom McGehee, Museum Director of the Bellingrath Home When Walter Bellingrath purchased…