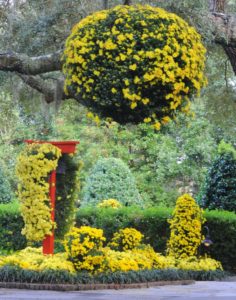 For the last five decades, fall at Bellingrath Gardens and Home has been synonymous with the chrysanthemum.
Each November, the Fall Outdoor Cascading Chrysanthemums show seems bigger and better than the one before. But it hasn’t always been so.

Over the years, the poor mum has been bounced around from month to month and season to season and other times seemingly ignored. As late as 1957, Bellingrath Gardens and Home newsletters made no mention of the mum in its fall issues. In the issues from October and November, readers were invited to see the early varieties of camellias. The word “chrysanthemum” never appeared.

That changed with the October 1958 issue, which boasted of the Gardens’ “brilliantly colored chrysanthemums bordering pathways and in group plantings.” It seems that the following year the season was rushed a bit, judging from the September 1959 issue, headlined “Summer Foliage Greets Fall Chrysanthemums.” (See photo at left.) Visitors were told that “Heralding autumn’s glory are chrysanthemums in various plantings and a few early camellias.” The next month’s issue made no mention of mums, while the November issue was headlined with “Camellias are Current Favorite” and then almost as an afterthought added “Golden chrysanthemums are still adding their charm to the Gardens.” 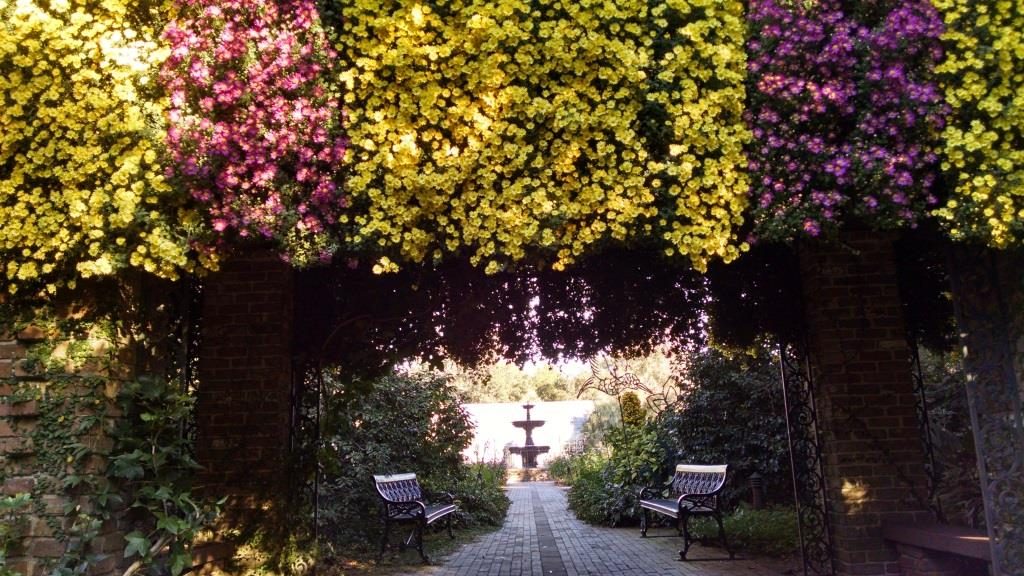 The 1960 season found no mention of chrysanthemums until November’s newsletter, which told visitors to look for “multi-hued chrysanthemums, fabulous roses, sasanquas, berried plants and many other varieties.”

In 1961, readers were invited to visit the “October panorama of chrysanthemums, fabulous roses, berried plants and many other varieties of blooms.” The next month’s issue was focused on a film being made on the property and there was no mention of what was blooming.

And, somewhat surprisingly, the February 1962 issue featured a photo of guest Kayoka K. Sessler within the Gardens wearing a kimono as she posed for a photo by her husband, Warren Sessler. The caption reads, “in the background are beautiful chrysanthemums (which are) now featured.” (See photo at right.)

The Horticultural Staff apparently had mums on their minds that year. According to the records at Longwood Gardens in Pennsylvania, 1962 was the year they first shipped cuttings of cascading chrysanthemums to Bellingrath Gardens and Home. It would take years of experimentation and skill to take those first cuttings and produce the Fall Outdoor Cascading Chrysanthemum show that it has become more than fifty years later.

Interestingly, no mention of these new additions to the Gardens was made in the 1962 newsletters. In fact, the word “chrysanthemum” is noticeably absent from the September and October issues, which makes the next month’s issue all the more surprising. The November 1962 newsletter had a bold headline which simply read, “CHRYSANTHEMUMS
ON DISPLAY.” (See photo at left.) Beneath it was a large photograph of the flowerbed surrounding the Monolith awash in mums. The article went on to explain, “the Chrysanthemum or ‘golden flower,’ provides brilliant fall color from a bright yellow to a deep dark red. Literally thousands of them ranging from the small daisy type to the huge pompons have been featured in much the same way that azaleas are featured in late winter and spring.”

For the writer to state that the mum was being given the same stature as the azalea at Bellingrath Gardens would seem to indicate that the chrysanthemum had finally found its rightful place here. As if to confirm that fact, the Gardens waived the garden admission fee a year later on November 3, 1963, in order to introduce the public to the new mum show. On that Sunday, 14,727 men, women and children packed the paths until dusk. As darkness fell, cars full of guests were still arriving to see the newest show at Bellingrath Gardens and Home. (See photo at right.)

Featuring chrysanthemums at the Gardens took a little while, but today, the prized cascades join bedding varieties which fill flower beds and pots to make the November show a true rival of the azaleas of March. 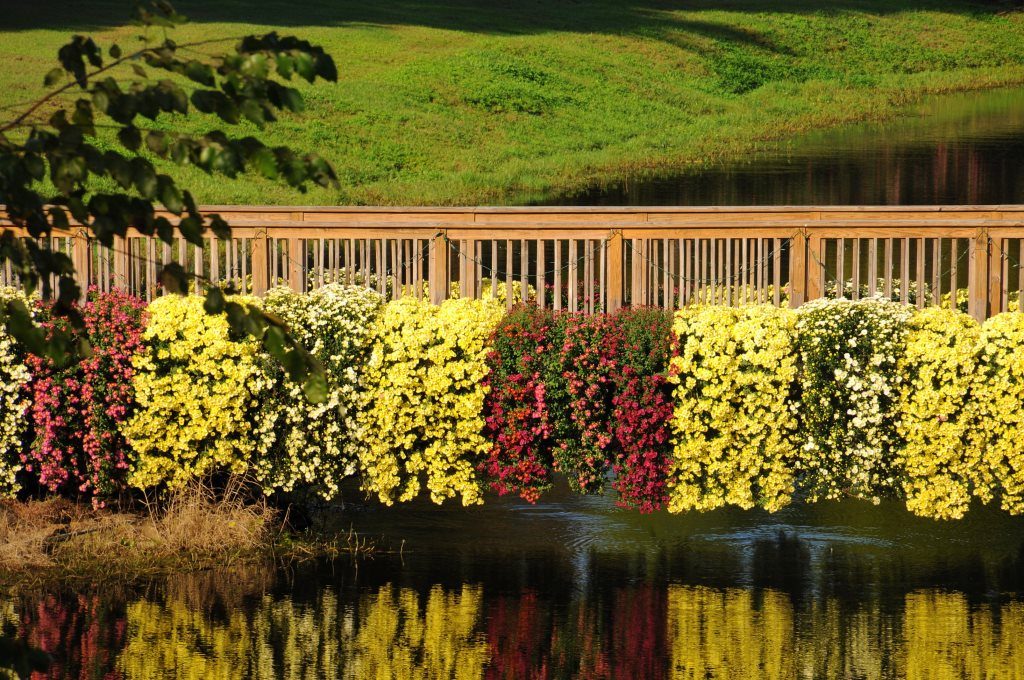