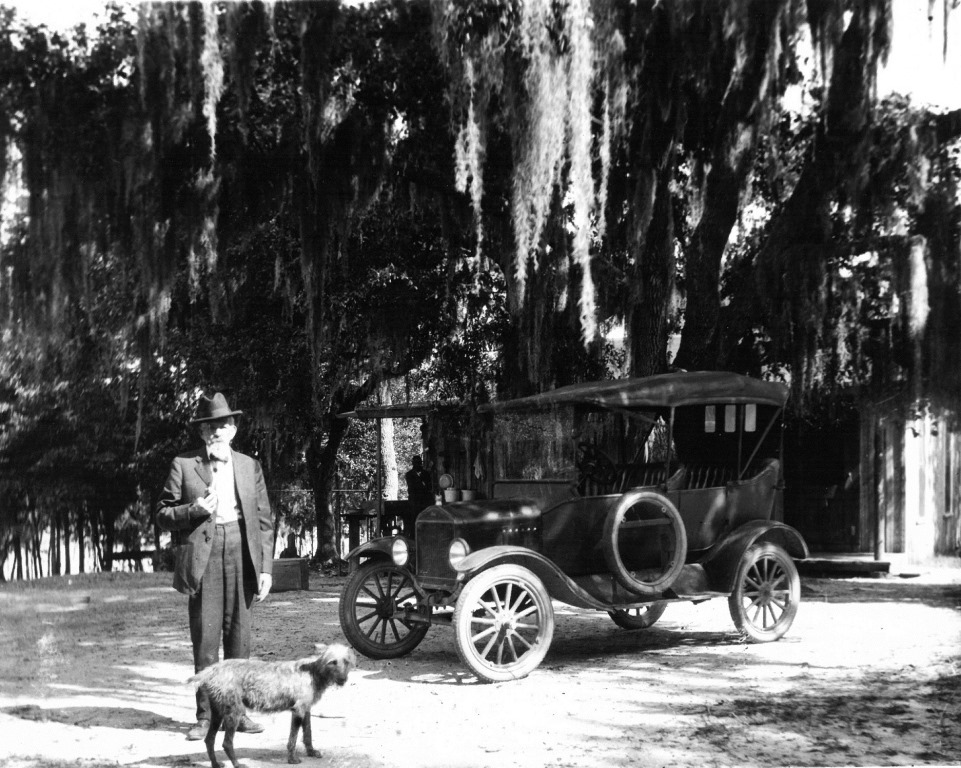 When Walter Bellingrath purchased the Fowl River fishing camp that would eventually become Bellingrath Gardens and Home, the camp’s two wooden cabins had been abandoned for some time.  His father-in-law, Sewall Walker Morse, assisted him in the renovations, as he was an experienced carpenter.  Early photographs depict a white bearded Morse enjoying the grounds with his Airedale named “Jolly.” 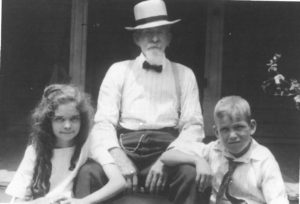 According to his 1933 obituary, Sewall Morse was born in the coastal city of Topsham, Maine in 1835 and came to Mobile at the age of 23 in 1858.  His name first appears in the Mobile city director for 1867 when he was a partner in the grocery firm of Morse and Gamage on St. Louis Street.

Two years later Morse married Alice Morrow and the couple ultimately had three sons and five daughters.  Bessie Mae Morse, born in 1869, was right in the middle of the lineup.

The Morse listing in the city directories vanishes between 1872 and 1878.  In 1879, Sewell W. Morse is listed as residing in Grand Bay, Alabama, with the occupation of “carpenter.”  Beginning in 1881, the family was back in Mobile, where his occupation was given as a ship’s carpenter for the steamer Mary in 1881, the Nettie Quill in 1887, the Tinsie Moore in 1895 and The City of Mobile in 1901.

All of those river boats, or “packets,” were the lifeblood of commerce for Mobile and riverfront communities stretching north to Montgomery.  As the vessels were built completely of wood, a ship’s carpenter held an important position in their maintenance and operation.

Join Tom McGehee at 10:30 a.m. on Wednesday, January 24, 2018, to learn more about the colorful history of steamboats on the Alabama and Tombigbee rivers.  While authors have often portrayed them in a romantic light, these vessels were workhorses, and long before safety measures were decreed by law, many vessels were lost to boiler explosions, fire and running aground. As railroads and then highways improved, this colorful era would come to an end by World War I. For details, or to make a reservation for this Winter Wednesday program, call 251-973-2217. 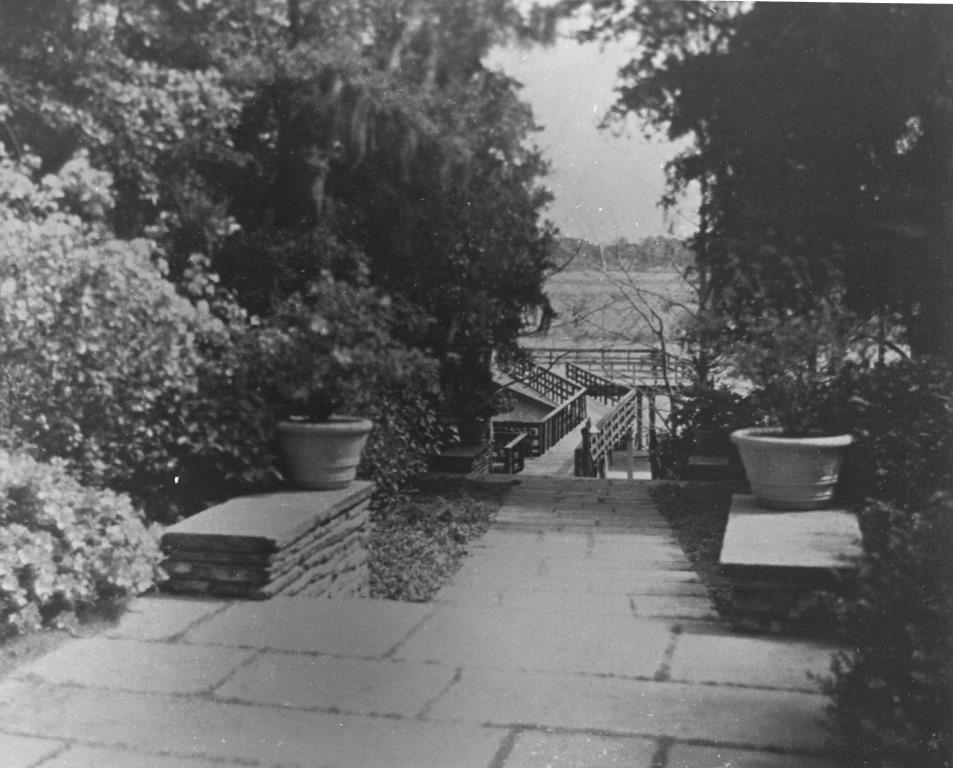 The Boat House and sun deck on the Fowl River, circa 1930s.

By Sally Pearsall Ericson, Director of Marketing and Public Relations When Hurricane Frederic struck the…

Spring Transitions in the Gardens

By Dr. Bill Barrick, Executive Director One of the greatest challenges in managing a public…