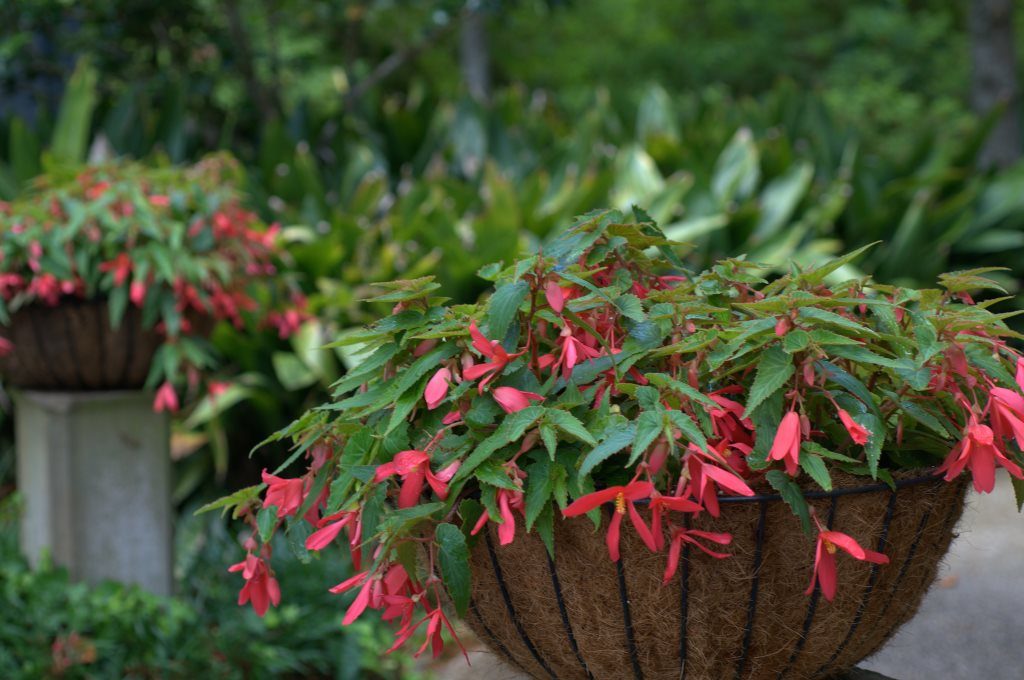 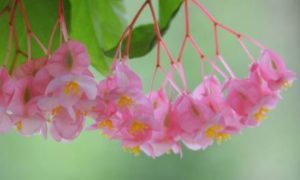 For our summer plantings at Bellingrath, we use quite a few varieties of Begonia. Begonias are one of the most interesting groups of ornamental plants, with over 1,000 species distributed throughout tropical and sub-tropical regions of the world.

In 1978, Hortus Third, the published “Bible” for horticulture, indicated there were over 10,000 registered hybrids and cultivars of begonias.  I would assume by now that number has doubled. 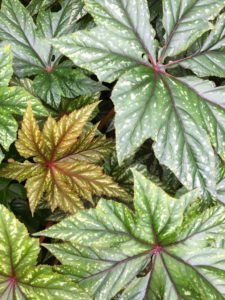 Most all of the begonias are not cold hardy and should be treated as either annuals or as potted plants carried over indoors during the winter months. Many of the begonias we are now using in our summer displays are more typically grown as house plants. Begonias are best grown in partial shade with good organic soils. By mid to late July, many of the supposedly sun-tolerant begonias planted in full sun in Mobile will suffer and not perform well.

In the last several years, we have been growing hanging baskets of Angel Wing Begonias, and have also planted the taller cane type begonias along the Exit Path. 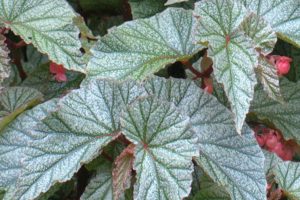 Begonia ‘Frosty,’ which we at Bellingrath refer to as ‘Mamma’s Begonia.’

Although we do not plant many Waxleaf Begonias, I remember when they were the rage and planted everywhere. I always thought they looked like pink, red or white cocktail meatballs. Even one series was named ‘Cocktail,’ and other named varieties were “Vodka’, ‘Rum’, ‘Gin’ and ‘Whisky.’

Over time, breeders have hybridized Angel Wing Begonias with Waxleaf Begonias, creating some of the most useful bedding plants for our summer gardens. Perhaps the best known of these hybrids are ‘Dragon Wing Pink’ and ‘Dragon Wing Red.’ We have plantings of these two varieties in the beds leading to the Mermaid Fountain. 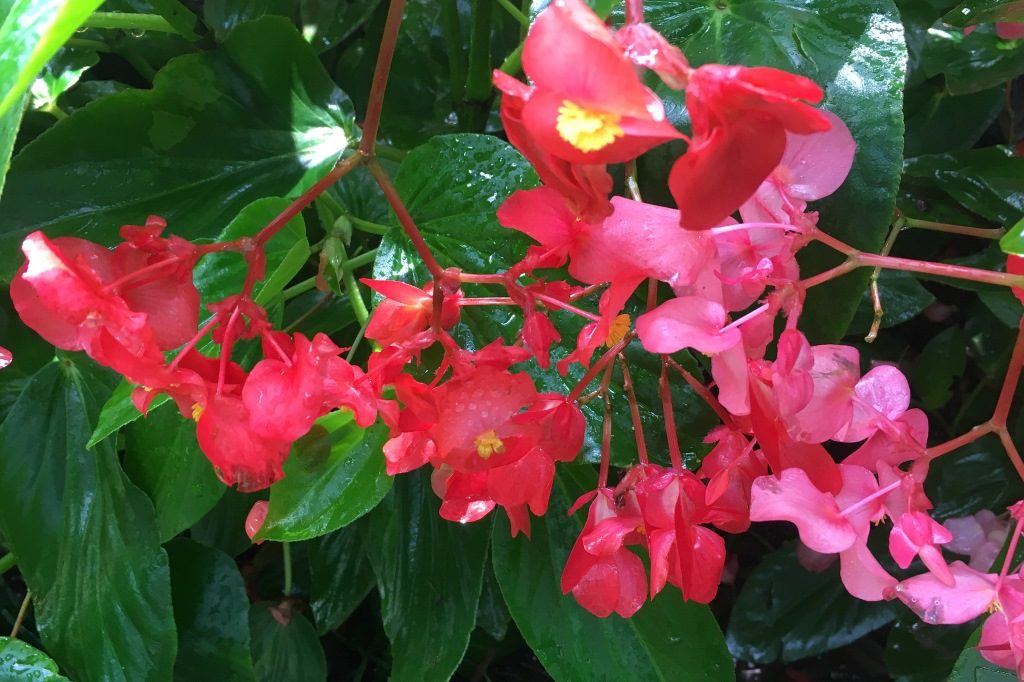 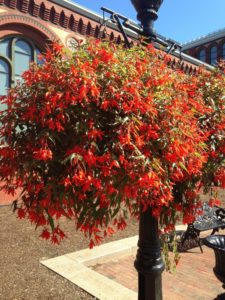 Begonia bolivensis, photographed at the Smithsonian Institution in Washington, D.C.

Included in this summer’s planting is a silver variegated Angel Wing Begonia named ‘Frosty.’ I am particularly fond of this begonia since the original cuttings came from my Mamma and now our staff affectionally refers to these begonias as ‘Mamma’s Begonia.’ Also new this summer is a variety of Rex Begonia named ‘Gryphon.’ We have not seen it bloom, but the distinct patterning in the foliage is more than enough to highly recommend this variety.

The begonias that I am most excited about are hybrids of Begonia boliviensis. As the species name implies, this plant grows natively on the eastern side of the Andes in Bolivia and Argentina. Although we have only recently begun using some of the new hybrids, this species was first exhibited with acclaim in the International Horticultural Show in Paris in 1867. 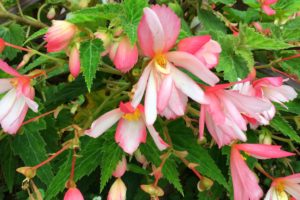 The pendulous habit of growth makes it excellent for hanging baskets. Two summers ago when I went to the Mall in Washington, D.C., I saw the most amazing hanging baskets planted in full sun around the Smithsonian Castle.

Varieties of boliviensis we grew this year included ‘Angel Falls Pink’ and ‘Angel Falls Yellow.’ Unfortunately, we had rot problems with these varieties due to constant rain in June. Last summer, the ‘Bossa Nova’ variety performed without any problems, so I hope we will continue to use this species.

We’re always evaluating our selections of flowering plants and learning as we grow!

New to the Gardens this year, ‘Gryphon’ is a Rex Begonia variety that features distinct patterning in the foliage.

By Dr. Bill Barrick, Executive Director In many of the past blogs and newsletters, I…

By Tom McGehee Museum Home Director In looking back over 25 years, I have…

Mum’s the word! How we create our Fall Outdoor Cascading Chrysanthemums

Mum’s the word in November at Bellingrath, when the Horticulture Staff sets out one of…