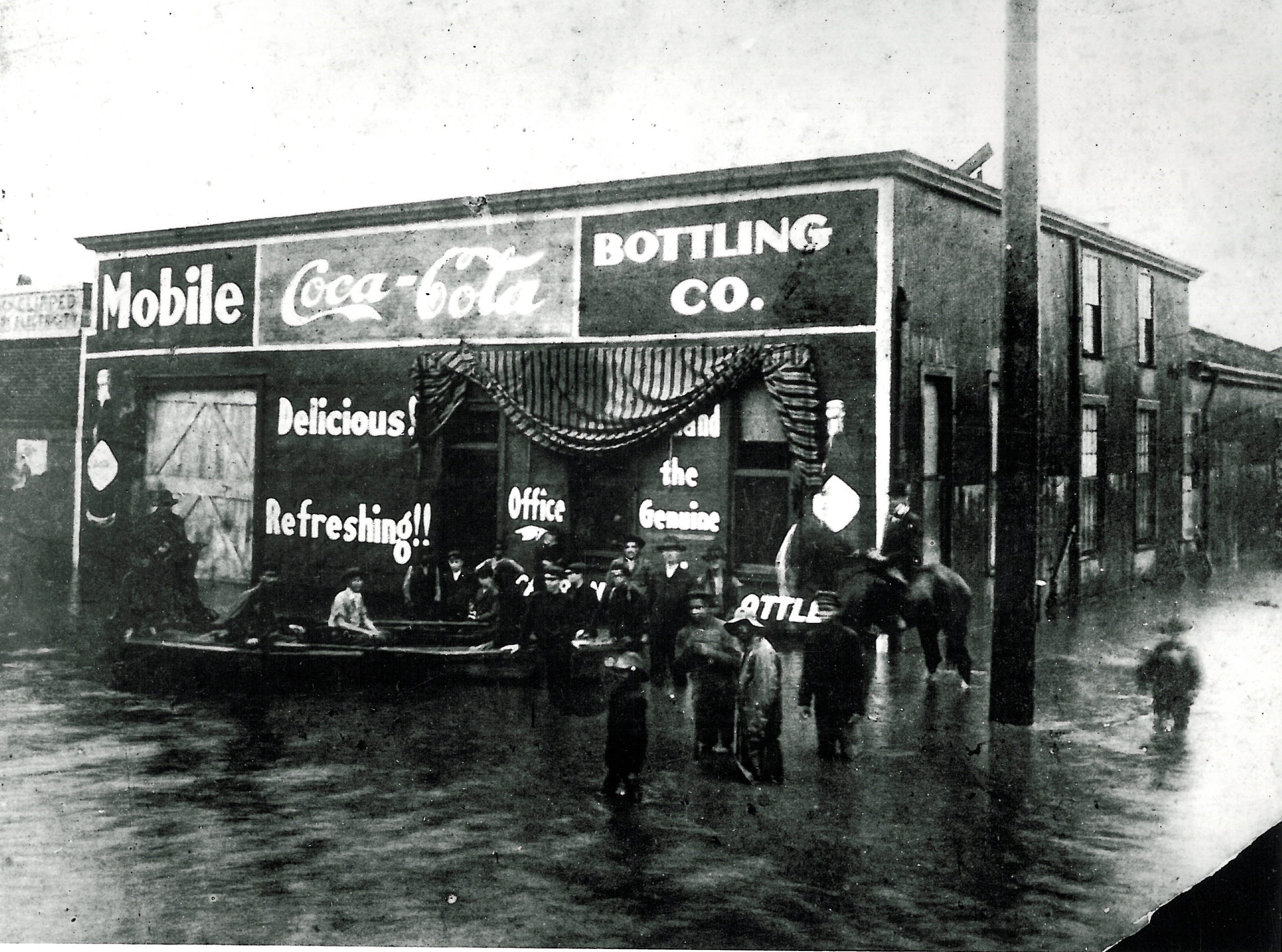 A hurricane strikes Mobile flooding the Coca-Cola Bottling Company that Walter Bellingrath had started only two years earlier. At that time, no radar warning systems of impending hurricanes existed. Instead, the local weather bureau raised a storm flag as their instruments indicated bad weather was ahead. The roof of Mr. Bellingrath’s plant was partially destroyed and the rising flood waters carried off dozens of wooden shipping cases. Thankfully, the plant was not affected and was back in operation in a matter of days. Young bottler Walter later wrote to his brother: “the next time they hang out that weather flag, I’m going to leave town!”