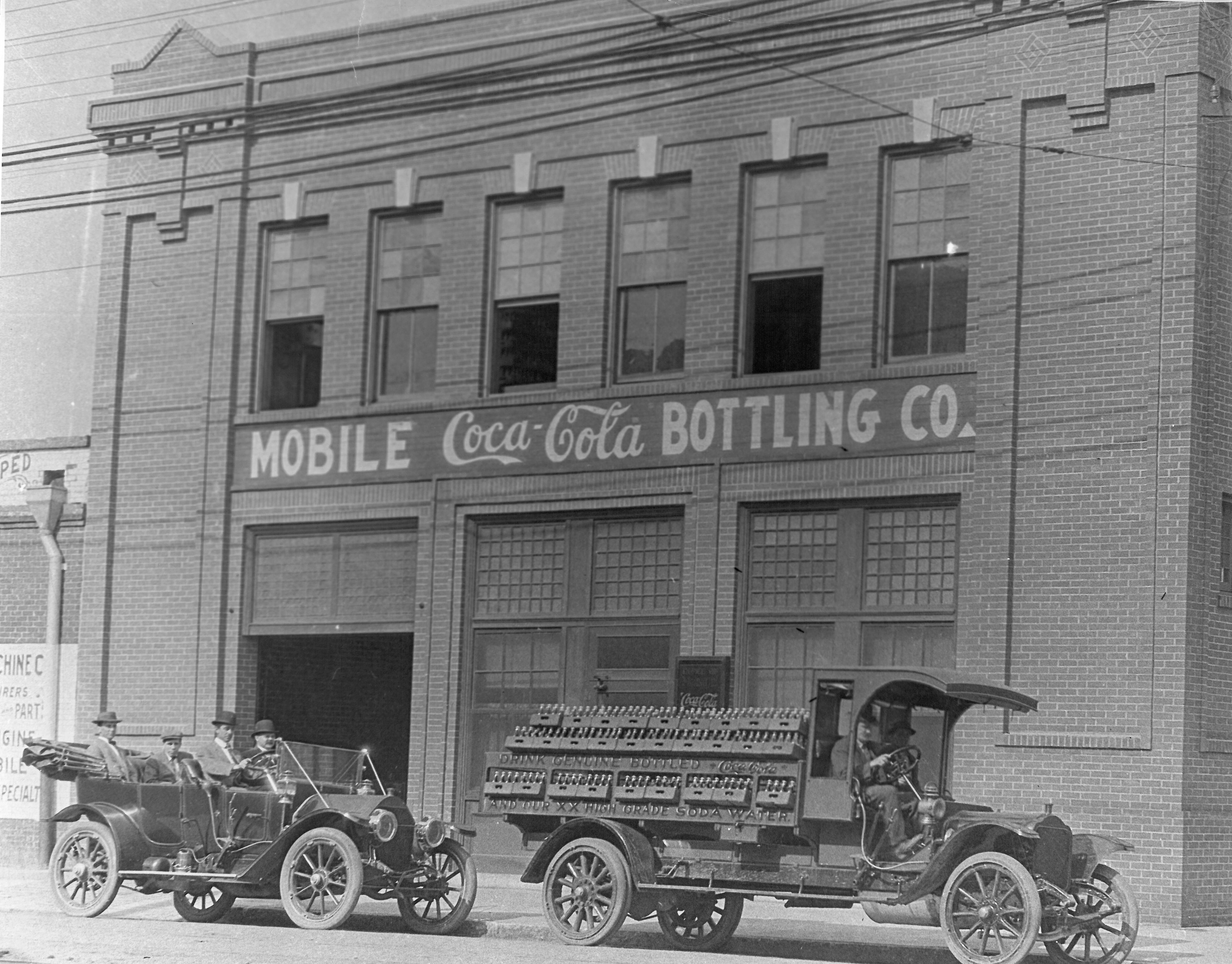 Mr. Walter Duncan Bellingrath arrives in Mobile to take over ownership of Coca-Cola Bottling Company at the age of 34. In the spring of 1903, Walter and his brother, Will, had purchased the Montgomery and Mobile Coca-Cola franchises.  They agreed that Will would manage the Montgomery operation and that Walter would come to Mobile, because, he said, “I love to fish!”

Walter’s Mobile franchise spanned a 100-mile radius, which he covered single-handedly at first. He worked long hours in and out of his Water Street plant, using a hand- and foot-powered bottling machine that was initially capable of only producing a few cases per hour. After loading his cases in a wagon, he hitched it to his mule and ventured forth, selling Coca-Colas to restaurant owners and shop keepers.